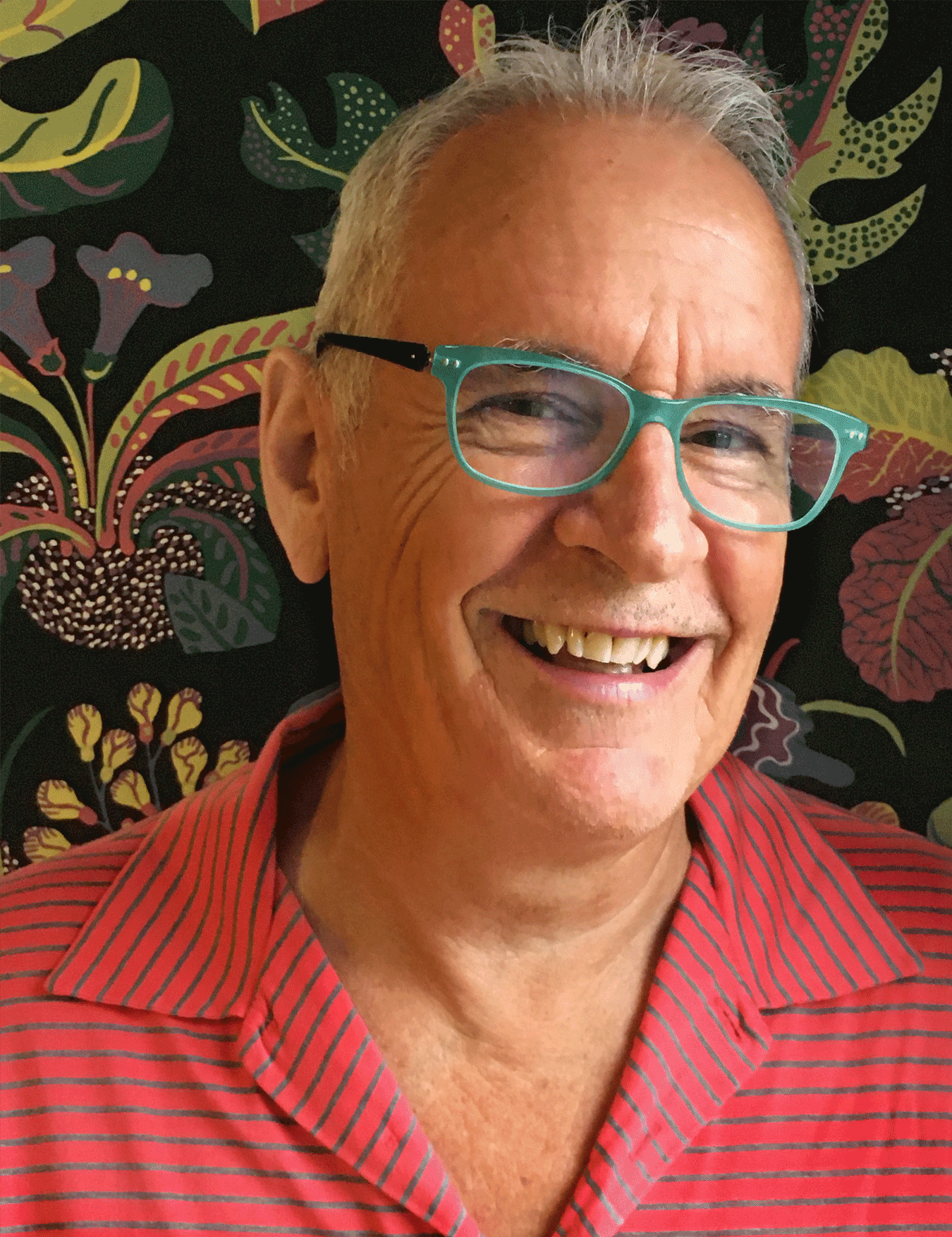 Michael Guy is the Creative Director in Trinity Rep’s marketing department. As senior graphic designer, he is responsible for the visual branding of the theater and Brown/Trinity Rep, the creation of all print materials and graphic elements for Trinity Rep’s online and video presence, and supervision of the graphic design intern. He is also the archivist for the theater.

Originally from Colorado, Michael has worked at Trinity Rep since graduating in 1975 from the Rhode Island School of Design, initially as receptionist and later as scenic charge artist and props artisan before moving into graphic design in 1980. He also created the mural which enlivened the Chace lobby from 1983 through 2015. Additionally, Michael is a painter and furniture maker who has exhibited around the country, and is presently represented by the Woodman Shimko Gallery in Provincetown, MA. He created costumes and performed (not necessarily to great acclaim but certainly to great hilarity) in Brian Jones’ All-Tap Revues and Adam Bock’s Gayboy Nutcrackers. From 1987 to 2005, Michael was the volunteer managing director and designer for Options, Rhode Island’s monthly LGBT newsmagazine.

“I am forever grateful that I essentially stumbled into a career at Trinity Rep, where I have always felt welcomed, supported and artistically fulfilled.”