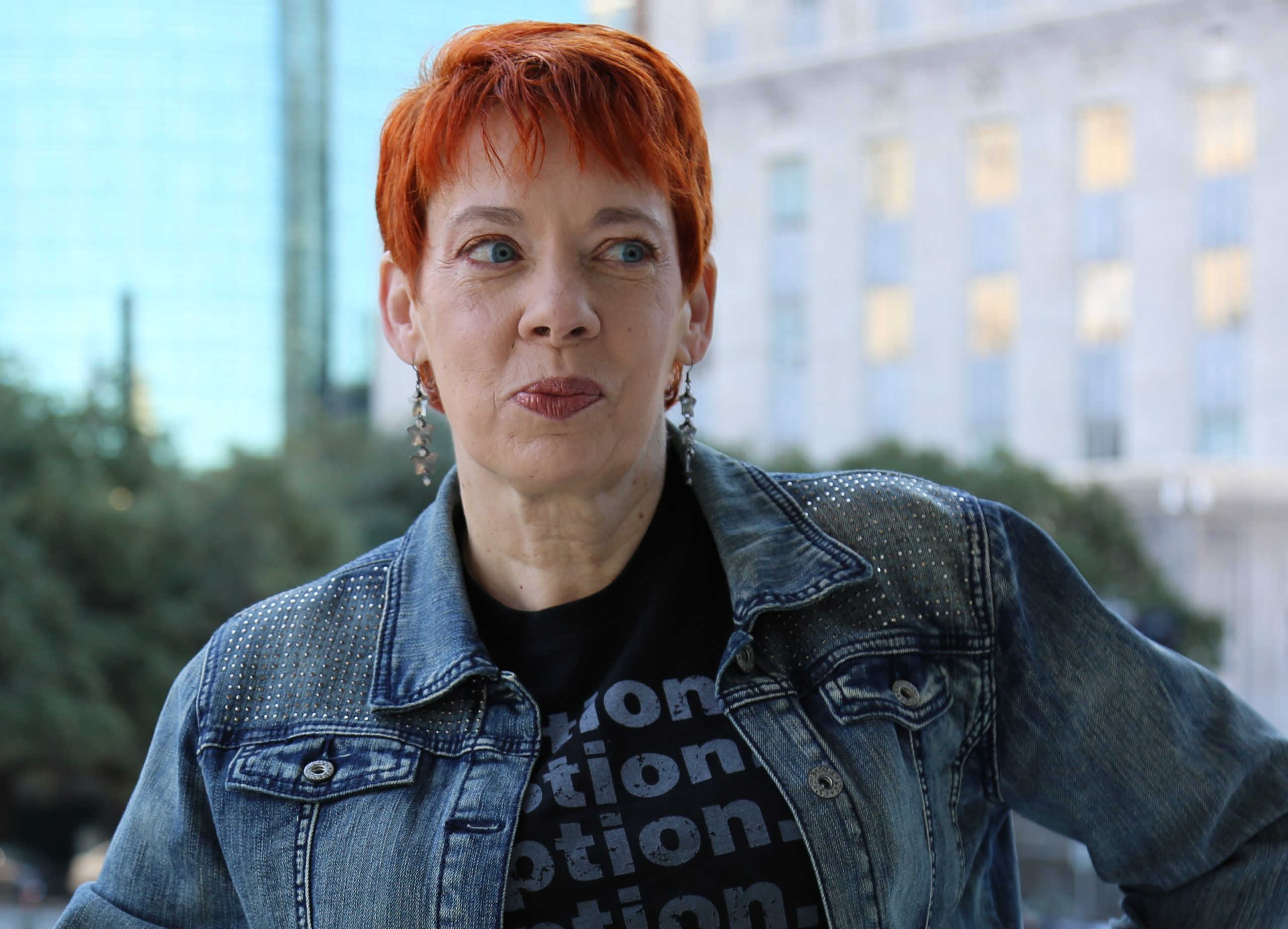 Suzanne is thrilled to join Trinity Rep as House Services Manager, where she will work with the house services team to provide a welcoming, safe, and inviting experience to every person that enters the doors.

Suzanne grew up in theater in small towns, which had the unexpected benefit of giving her a very well rounded background – everyone had to learn how to do everything! Suzanne has run lights, designed and built sets, acted, written, stage managed, and directed for over 150 community and educational productions. However, there are very few paying theatre jobs in small towns in Alabama, so she spent years working in the customer service industry in retail, visual merchandising, food service, and tending bar. Suzanne moved to Houston in 2002 and jumped into the not-for-profit world with four years at the highly acclaimed Children’s Museum of Houston, then found a perfect niche at Theatre Under the Stars, where she spent 14 years as the merchandise manager and retail buyer. Suzanne comes to Providence from her recent stint as Patron Services Lead at Stages Repertory Company.

She will talk to you for hours about book collecting, Doctor Who, Broadway musicals, her daughter, and her dog, Hamilton.