Last year marked the 40th anniversary of our production of A Christmas Carol. Each year we put on this time-honored tradition we remember the years that came before it and also think about what will come in the future. We’re not the only ones!

We’d like to take a moment to introduce you to Brian Heap – a man who has come to every Trinity Rep A Christmas Carol production since 1985. That’s 32 years of the show! Each year he comes he wears the same jacket and saves his ticket stub in it for the next year. Here he is pictured this year with his ticket stubs: 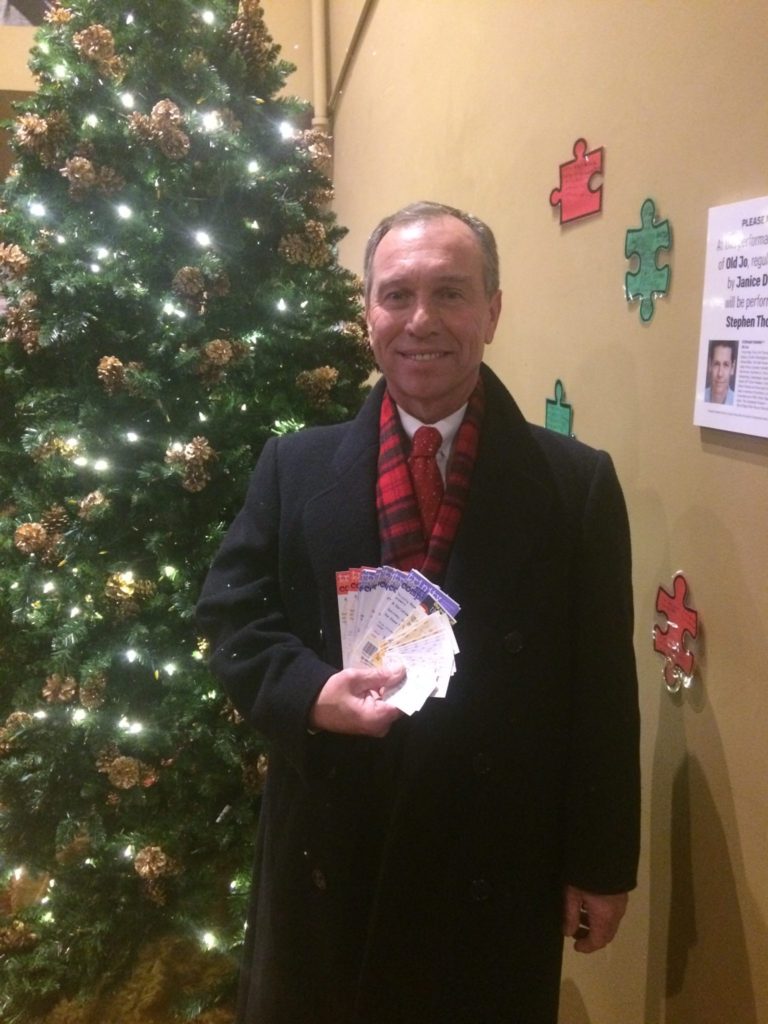 We sat down with Brian to talk to him about his yearly A Christmas Carol tradition and what it means to him as well as a few questions about his thoughts on the play:

What made you begin going to A Christmas Carol every year? What’s kept you going?

A friend brought me the first time in 1985, telling me it was a great play. I was hooked. It was such a wonderful experience I wanted to incorporate it into my holiday tradition.

Which version of the show has been your favorite?

Even though I have enjoyed them all, my favorites are the more traditional versions.

What’s your favorite part of the show every year?

When Scrooge realizes he still has the opportunity to change how he perceives the world.

What was the craziest thing you ever saw in a production?

The year there were bears with umbrellas in the audience and it was raining on them.

What would you say has changed the most over the years?

It’s amazing how the set is different every single year.

What would you say to a first-timer going to see A Christmas Carol?

That it can be a wonderful family tradition…one that you hope your children will continue with their children.

If you could choose a character in the play to spend time with, who would it be?

The ghost of Christmas past to relive my childhood memories.

What effect has seeing A Christmas Carol had on your life?

When I first attended, I was 23 and single. Since then, I have introduced other family members, friends, and my own children, who first attended at ages eight and nine and are now in college. This year there were 16 of us and we already have another couple who want to join us next year. It gives me great pleasure to share the joy of this experience with all of them.