Eight Days of Great Theater and Great Fun in London

For more than 30 years, Trinity Rep has sponsored a fall tour to London to take advantage of the unparalleled theater offerings in one of Europe’s greatest capitals. Led by the Arthur P. Solomon and Sally E. Lapides Artistic Director Curt Columbus and his husband Nate Watson, this year’s tour was based in Mayfair, a quiet neighborhood convenient to several major attractions.

The trip was announced to Trinity Rep’s most generous donors last March and sold out almost immediately.  The tour group included 35 longtime travelers from New England and one repeat traveler coming from California. As Curt says “the most important reason to recommend this tour is the wonderful people who attend year after year. Trinity Rep travelers are intrepid, worldly, and endlessly curious.” The feeling is mutual: travelers tell us over and over that the discussions Curt leads, often with London theater professionals as guests, are a highly valued component. 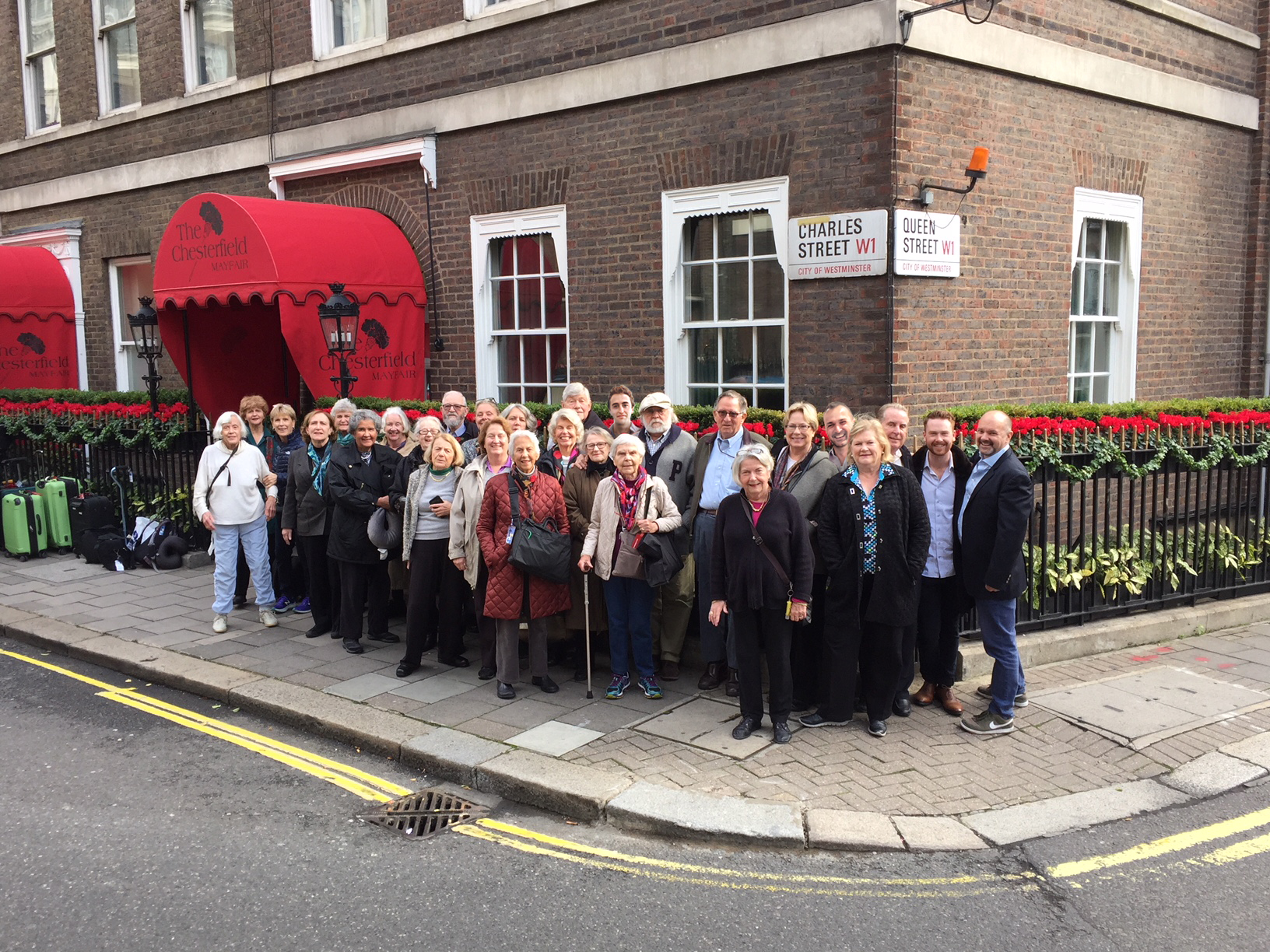 The tour included transportation from Trinity Rep to Logan Airport, round-trip flights with British Air, hotel accommodations with full English breakfast daily at The Chesterfield, plenty of London theater, a backstage tour of the National Theater costume and scene shops, walking tours, museum visits and — believe it or not — a day and a half of self-directed leisure.  Our London guide, Karen Pierce-Goulding, was an invaluable addition. Highlights for longtime traveler Betty Ann Hughson were the hotel and staff, Follies at the Olivier Theater featuring stage and screen veteran Imelda Staunton, and the Victoria & Albert Museum exhibit, Opera: Passion, Power, and Politics. “I’m not a big opera buff, but the exhibit was absolutely fascinating,” Betty Ann said.  Her photos of the impressive costumes and set designs spanning several centuries are a wonderful memento. Trinity Rep resident acting company member Charlie Thurston, whose participation on the tour was funded by a generous donor, especially enjoyed The Ferryman, a family drama that takes place during Ireland’s “troubles.” The Ferryman was written by Jerusalem playwright Jez Butterworth, helmed by award-winning stage and film director Sam Mendes.

Trinity Rep is planning future domestic tours and a return to London in Fall 2018. Tours fill quickly and are announced early to current Trinity Rep donors of $2,500 or more. If you would like to receive early notification of tour availability and access to registration, please consider joining our family of donors at the Designer level or higher. All net proceeds from these tours benefit Trinity Rep.