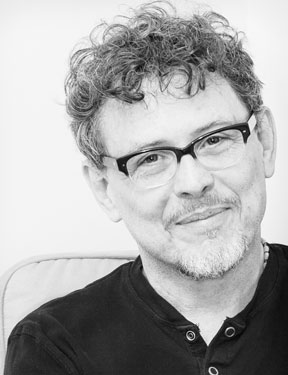 José Rivera was born in San Juan, Puerto Rico, in 1955. He is a recipient of two Obie Awards for playwriting for Marisol and References to Salvador Dali Make Me Hot, which were both produced by The Public Theater in New York. His plays — Cloud Tectonics, Boleros for the Disenchanted, Sueño, Sonnets for an Old Century, School of the Americas, Massacre (Sing to Your Children), Brainpeople, Adoration of the Old Woman, and The House of Ramon Iglesia — have been produced across the country and around the world. Mr. Rivera’s screenplay for The Motorcycle Diaries was nominated for a Best Adapted Screenplay Oscar in 2005. His screenplay based on Jack Kerouac’s On the Road premiered at the 2012 Cannes Film Festival and his film Trade was the first film to premiere at the United Nations. He is the writer/director of the short film Lizzy and author of the novel Love Makes the City Crumble. Honors include grants from the National Endowment for the Arts, the Rockefeller Foundation, the New York Foundation for the Arts, a Fulbright Fellowship in Playwriting, and, in 1992, a Whiting Foundation Writers’ Award. In 1986, The House of Ramon Iglesia appeared on the PBS series American Playhouse. In 1991, he co-created and produced the critically acclaimed TV series Eerie, Indiana.