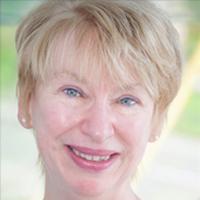 Linda Sutherland is a director, theatre educator, and dramaturg who joined Trinity Repertory Company as a talkback leader in 2008 and a teaching artist in 2010. She designed and taught Beyond the Stage at Trinity Rep and teaches Advanced Scene Study and Trinity Rep’s Young Critics Seminar. Linda previously served as Associate Director of Education at the Huntington Theatre Company under the tenures of Peter Altman and Nicholas Martin. At HTC, Linda taught acting as well as the Young Critics Institute, directed the stage readings for the Young Voices Playwriting Workshop, and adapted and directed scripts for the Mirror Performance Project. Linda is a member of the Literary Managers and Dramaturgs of the Americas (LMDA). She served the Kennedy Center American College Theatre Festival as a regional and national respondent and as a new play development director and dramaturg for KCACTF’s National Playwriting Program. Linda has also been a director and dramaturg for many new 10-minute plays presented at the Boston Theatre Marathon.

Linda teaches Theatre Appreciation at Providence College, taught Acting, Script Analysis and Script Analysis for Film Media at the University of Rhode Island, taught and guest directed in the Theatre Departments of Emerson College, Rhode Island College, the Community College of Rhode Island, and is a retired faculty member of Boston University’s Arts Administration MS program. Linda is a member of the Advisory Board of Boston’s Theatre-in-Education company, Theatre Espresso and she holds an AFA in Drama, a BFA in Directing and an MA in Theatre Education.