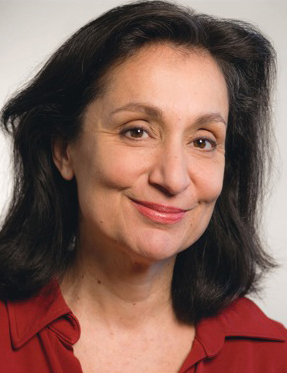 Ms. Kay has been a resident acting company member since 1991.

Her favorite productions include Macbeth, Lend Me a Tenor, One for the Money, Angels in America, We Won’t Pay! We Won’t Pay!, The Beauty Queen of Leenane, The Cider House Rules, The Merry Wives of Windsor, Cherry Orchard, All The King’s Men, Cabaret, King Lear, House & Garden, The Hunchback of Seville, Appropriate,  A Midsummer Night’s Dream, Death of a Salesman, and Into the Breeches!. She has worked at several regional theaters – most recently at Huntington Theatre Company and Arena Stage. She has appeared in the films Smithereens, By A Thread, Federal Hill, Brooklyn Rules, Meet Dave, The Proposal, Fairhaven, Some Freaks, and Polka King. Television credits include Miller’s Court, Law & Order, The Sopranos, Body of Proof and Kevin Can F**k Himself. She attended Emerson College, L’University de Lausanne, and Brown University. She is a graduate of The Neighborhood Playhouse and a 2015 Ten Chimneys Fellow.