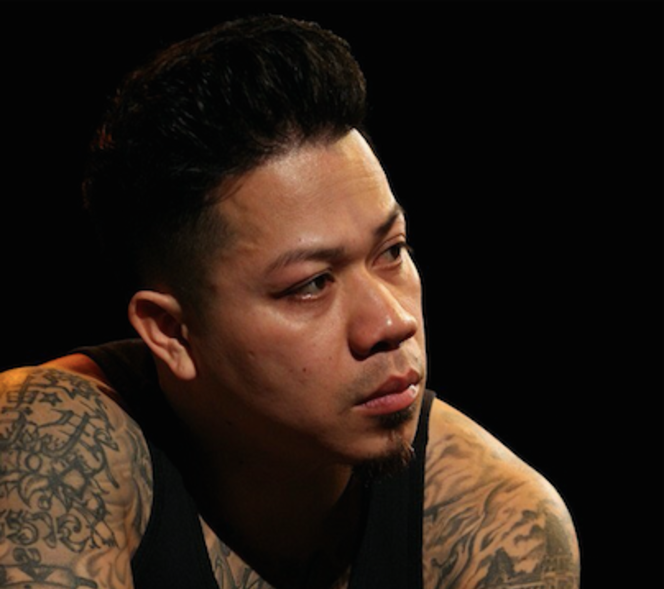 Sokeo was born in a Cambodian refugee camp in Thailand, arriving in the United States at the age of three. As a sophomore in high school, he began performing with the Carriage House Performers, a Providence-based hip-hop group. In 1998, Sokeo joined Everett as a creator and performer and has taught many master classes in universities throughout his touring experience. He has been in four touring pieces including Everett’s latest, called Freedom Project. He is also the Co-Artistic Director of Everett Company and the director of the hip-hop based troupe, Case Closed!, which he founded in 2004. Case Closed! has performed at venues across New England, including Brown University and the Providence Performing Arts Center. Sokeo received another RISCA grant for his latest piece, “From Refugee Camp to Project .’ which tells of his experiences of being born in a Thailand refugee camp and coming to the United States to live in an impoverished neighborhood. In 2016, he was awarded Rhode Island Monthly’s Best Documentary Theater for this solo show. He is currently, for the last two years, working with students in middle schools to help them cope and understand their trauma in collaboration with the Cognitive Behavioral Intervention for Trauma in Schools (CBITS). He also works, for the past 6 years, with incarcerated youth in Massachusetts in collaboration with the Department of Youth Services. In 2016, Sokeo, was invited to speak/perform at TEDxTalk Providence and was invited again to perform in 2017 for the same event.

The landscape of Broadway dance is changing thanks to In the Heights and Hamilton, which incorporate hip hop along with traditional modern choreography. Hip-hop is incredibly high energy, physical and fun. Since this form of dance relies on strength and stamina, students will start with vigorous workouts focusing on upper and lower body. After, the class will learn a short routine which will prepare them for the modern audition room.