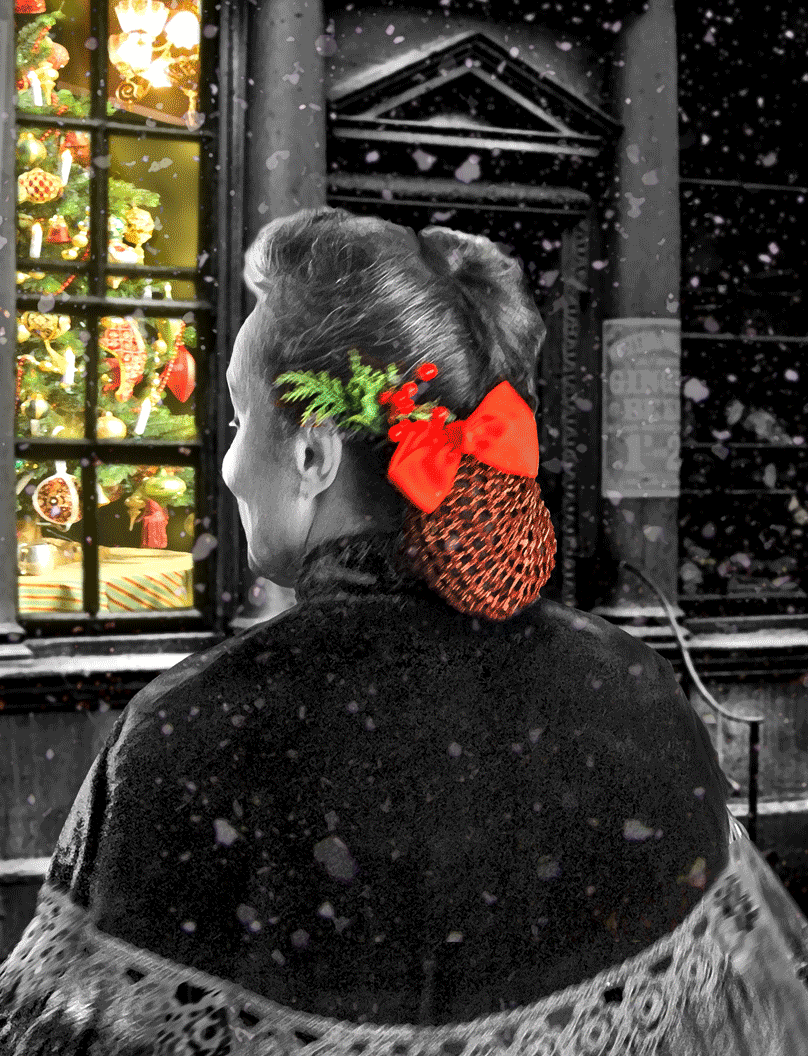 Rhode Island’s family holiday tradition returns! Reimagined anew every year, this glorious, joyful telling of the classic story evokes the magic and hope of the season and its contemporary relevance. Guided by Jacob Marley and the ghosts of Christmas Past, Present, and Future, and ultimately inspired by the community, Ebenezer Scrooge embarks on a heartwarming journey toward redemption.

It’s a cold, Christmas Eve night in Dickensian London.  Ebenezer Scrooge, the miserly businesswoman, continues to work away from the holiday merriment with her clerk, Bob Cratchit. Scrooge’s nephew, Fred, enters the office to invite him to Christmas dinner with his family. Scrooge turns him down without even a “Merry Christmas.” Scrooge leaves his office for the London street scene. There are children singing carols and people begging Scrooge for money.

As she walks home, she begins to hear the voice of her deceased business partner, Marley. Scrooge arrives home, scared and startled, and tries to convince herself that the voices were only her imagination. But soon the ghost of Marley appears to warn her that she will be visited by three spirits and that Scrooge must listen to them if she wants to escape a terrible fate. Even though Scrooge doesn’t believe what she sees or hears, later that night the Ghost of Christmas Past appears. The spirit shows Scrooge images from her childhood and young adulthood, including moments with his sister Fan, his first employer Mr. Fezziwig, and a painful memory with her ex-fiancée, Rei, who left her because she cared for her money more than him.

Soon the Ghost of Christmas Present arrives and shows Scrooge Bob Cratchit’s tiny home on this Christmas Day. Cratchit enters carrying his son, Tiny Tim, on his shoulders and singing. The spirit tells Scrooge that unless the future changes, Tiny Tim will die. The ghost also shows Scrooge his nephew Fred’s house, where the assembled are playing games and making fun of Scrooge. The Ghost of Christmas Yet to Come finally appears. They don’t speak to Scrooge, only showing him several conversations where people discuss the death of a lonely old woman. The spirit shows the dead woman’s clothes and items being sold. The last stop is Scrooge’s own tombstone, where she realizes that the lonely woman whose death is being celebrated is her own.

Scrooge vows to change her ways. She honors Christmas Day when she wakes up in the morning, spreading through generosity and kindness. With a newly-warmed heart, Scrooge brings a large turkey and warm greetings to the Cratchit home before joining her nephew Fred and his husband Lucas for Christmas dinner. Never again does Scrooge ignore the joys of the holiday spirit.

Who doesn't love the magic of the holiday season that comes with Trinity Rep’s A Christmas Carol? Families near and...

Rhode Island is a state brimming with tradition, and two of its long-time institutions – Amica Insurance and Trinity Repertory...

Fill Us In, Phyllis!

Whether playing a fairy queen in Shakespeare’s A Midsummer Night’s Dream or the judge who sentenced Buddy Cianci in the...

A special look at this year's A Christmas Carol Aileen Wen McGroddy, a 2022 graduate of the Brown/Trinity Rep MFA...

“A Christmas Carol” Children’s Auditions To Be Held September 10

PROVIDENCE, RI: Trinity Repertory Company announces that children’s auditions for this year’s production of A Christmas Carol will be held...

Trinity Rep will be holding auditions for double-cast child parts in A Christmas Carol on Saturday, September 10 from 9:00...

Run Time: About 90 minutes with no intermission.
Chace Theater