Acting company member Mia Ellis sat down with Carol Drewes to tell her about where her journey has taken her between her last show with Trinity Rep, The Mountaintop all the way to her latest role as Sarah in Ragtime. 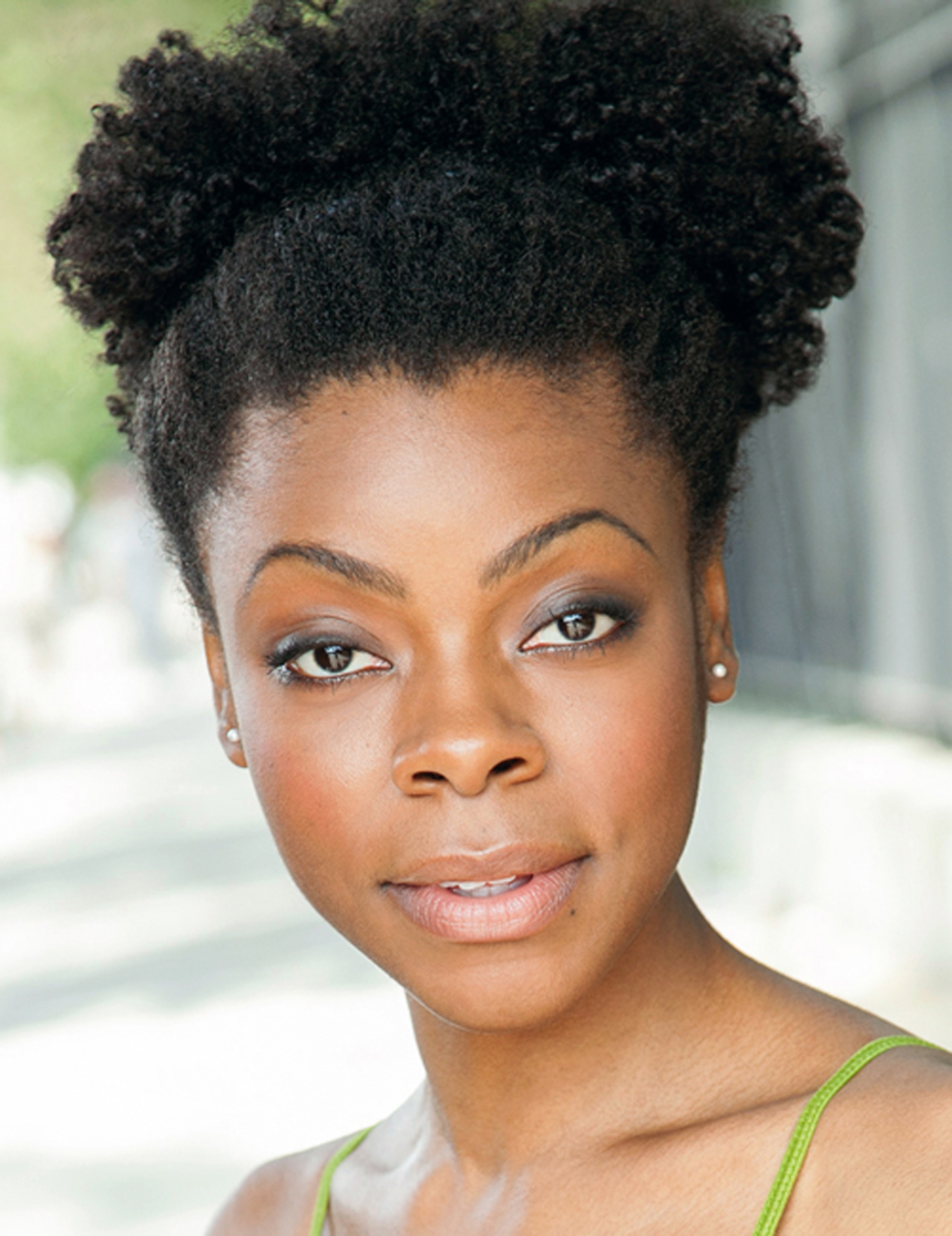 Q: Mia, we miss you! Since you were here last winter to play Camae in The Mountaintop, what have you been up to?

A: Once The Mountaintop closed, I went back to New York, which is where I’m based when I’m not in a show here. It’s hard to believe it’s been more than a year since the last time I performed
on a TRC stage, but I’ve had the chance to work on some new and unique projects. I worked with Superhero Clubhouse in NY, which created Big Green Theater – a program developed
to provide environmental education to fourth, fifth, and sixth graders who then write eco-plays about what they’ve learned. Their works are fully produced and performed by professional actors at the Bushwick Starr in Brooklyn. I worked on two short films and helped workshop a few plays, and I narrated a children’s book for the first time entitled, Before She Was Harriet, by Lesa Cline Ransom. Author’s Note: An animated video of the book can be purchased at Dreamscapeab.com or borrowed through Hoopla.com

Q: In a given week, what is your “survival job” routine?

A: I’m a waitress for a catering company, on the weekends I’m a nanny/ assistant, and I record audiobooks when I’m free… Auditions get thrown into the mix, so my schedule is never
the same from one day to the next. So yes, I’m a chameleon disguised as a human, and having multiple part-time jobs keeps my schedule flexible so that I can accept acting jobs when
they come along. My schedule can be quite challenging at times, but I know that the life of an artist is always transforming and full of many different moving parts.

A: Auditioning is one of the best ways to keep myself creatively sharp. Acting is the number one way. Nothing can replicate what is it to be in the moment, playing a role, being a character, then
actually doing it. But when I’m not acting, volunteering, journaling about lovely and strange things that happen to me, using spare time to think in a quiet, solitary space, going for long
walks, reading and watching plays, movies, and television shows that speak to the kind of work I think would challenge me, all help to keep my creative juices flowing. I also write short stories, have written a short film, and am setting my sights on adapting a novel into a screenplay; so writing is also a large part of the artistic food I need in order to grow and be fulfilled.

Q: You were in California for pilot season. What does that entail?

A: Pilot season is a span of time from the end of January through the end of March (more or less) when tv networks cast pilots of new tv shows. Actors audition for casting directors in the
hopes of being cast in a role in a pilot, or to be remembered in such a way that the casting directors invite them to audition for other roles in the future. Though I’ve spent some time in LA in
the past, this year is the first time I’ve been here for pilot season because I wanted to have the experience. What I’ve loved about being in LA is that there is space, time, and lots of sun (though I love snow). But auditions happen all over the place, traffic is terrible, and the amount of time it should take to get somewhere can change at the drop of a hat. In New York City, most auditions happen in Midtown or nearby; the subway, on most days, is the fastest and easiest way to commute. Fortunately, technology has made it possible for actors, no matter where they are, to tape auditions for casting directors, and with the amount of tv/film that’s produced year round in major cities (not just LA and NY), it’s not mandatory for an actor to be in LA or NY to audition.

Q: Sarah has been described in Ragtime as a washerwoman, who has a child with Harlem musician Coalhouse Walker. What else have you discovered about this character?

A: Sarah seems to be figuring out what her life should be after having opened her heart and made mistakes. She is driven by a deep love for Coalhouse, their son, and herself. How can she make a life from something that started beautifully, took some dark turns, and forced her to see her own flaws and needs? There is a deep belief that having a lasting relationship is possible,where trust and truth are inherent, where being a family is a want, not an obligation.

Q: Is there anything special you’re planning to do to prepare for the role?

A: I’ll finish reading the novel and send some extra wake-up calls to my voice and body that say: “Guess what we’re doing for the next nine weeks? A musical!!!”

Q: What’s one Rhode Island place or activity you’re looking forward to on your days off?

A: Colt State Park, Wildflour in Pawtucket, and Lincoln Woods. That’s three things, but there are so many I could name!!