Joe Wilson, Jr. as Ebenezer Scrooge for this year’s production of A Christmas Carol

Traditions are a wonderful part of any holiday season. Whether you spend time with family and friends, make a special trip, or just make sure you get to enjoy a peppermint hot chocolate, it’s wonderful to have something familiar to return to once a year to remind you of where you’ve been, and where you’re going.

Community traditions are an extension of this, and are especially wonderful when they bring the community together. One of our favorites here at Trinity Rep, is, of course, A Christmas Carol, now in its 40th year of being produced with the company. At events we’ve been to this year, such as the Greater Boston Theater Expo and HasCon (hi everyone we met there!), we’ve seen this has been true for so many people in Rhode Island and Southern New England as well! We heard so many stories about A Christmas Carol being a first theater experience, a beloved show they saw every year with their parents, or something they loved as a child that they are now eager to share with their own children.

We at Trinity Rep are so happy the show means as much to others as it does to us, and in the spirit of community that is so a part of the story of A Christmas Carol, this year we’re doing more than just inviting the community to come see the show–we’re having the community perform in it!

The idea for this originated with Angela Brazil and Stephen Thorne, our directors for this year’s production. “As Angela and I started imagining the show, we kept coming back to the idea of community,” said Stephen.  “Scrooge has isolated himself from his community. He doesn’t even see the people around him anymore. For us, the theater is a unique place to see and connect with other people, whether it is your fellow audience members or who you are watching onstage…So we wanted to see people–our Rhode Island community, our neighbors–to feature them, to hear their voices, just as Scrooge does in the course of the show.  And we have some really amazing collaborators coming in to perform with us.”

To bring members from so many wonderful community groups into our show is, we think, the best way to honor the community that keeps coming to see us every year. As Angela put it, “This has become a community wide-event. We want it to highlight the community we have here!”

In the spirit of the show and community, and of Trinity Rep, we hope to make this year’s production not just a first theater viewing experience, but a first acting experience for many people as well. “Almost everyone, with the exception of three groups, hasn’t done theater at all. It’s a unique and wonderful challenge. We’re eager to see what groups suggest, and what ideas they have!” said Angela.

We are so excited to see community members so eagerly taking part. In the words of Rebecca Noon, our Community Engagement Coordinator, who consulted in finding the groups performing (Angela sourced and did the outreach), “Community and family rituals are what ground us as a species. By literally inviting members of our community to share in the experience as performers this year, we are amplifying what the play means to us, both as an institution and a broader community.”

Some of our staff grew up in Rhode Island, or have been with Trinity Rep long enough to have formed some lasting memories with A Christmas Carol. Please read below to see what the show has meant to them as community members:

“I guess the most memorable moment for me was seeing former MFA student, Mia Ellis, as the Ghost of Christmas Past. She was brought down to the stage from above on, like, a beam that looked like a swing. She looked angelic and amazing, and it all in all looked pretty magical!”

“I have been a performer in the show for a number of years and I always love that fact that so many families come. They come to share the story together.  And by and large, they are so happy to be there. They want to be there. That is very moving to me. But some of the most profound experiences have been with our sensory friendly performances. We do something so simple before the show starts, but, for me, connects to the very purpose of live performance.  The actors go into the audience before the show and talk with the audience. We meet each other.  We chat and shake hands and take pictures and see each other. And then we do the show. And somehow, that simple act, the direct acknowledgement of each other is the largest thing in the room. It is bigger than any individual performance, it is even bigger than the show itself. It is a real gift to get to feel that in real time.”

“Before coming to work at Trinity Rep I saw A Christmas Carol as sort of a quaint thing the theater did that was a guaranteed to sell tickets. Once I started working here I really understood it as a community event — that the reason it sells tickets is because people from all across our region rely on this experience, year after year and generation after generation, to complete their holiday season, which is actually really important.”

“For some reason I super remember there being this part where the two children come out from underneath one of the character’s skirt. And it was terrifying when I saw it. I also remember that Scrooge was played by a woman. And I thought that was really cool as a young female myself.”

“The first time we did a sensory friendly performance–and that series is really dear to my heart, my son is on the autism spectrum, so that is a community I know really well–none of us knew what to expect. Jordan [Butterfield, Director of Education and Assistant Director in this production], I just think she’s the most extraordinary person, had of course researched it extensively, so we did a Meet Your Seat with the kids beforehand, and that was great. Then of course there was the performance itself; many of us sort of crowded around in the voms to watch the audience. The house lights are up at these performances, and the sound is sort of muffled, so we really got to watch the kids, and there was a girl who was maybe 11 or 12, and she had come in this sparkly purple dress. Her mom couldn’t get her to enter the theater, the most she could get her to do was to stay in the hallway and watch the stage from there. We run back and forth a lot in the show, changing and re-entering, and every time I ran by, this girl had gotten closer, and closer, and after intermission she had agreed to sit in a front seat with her mom behind her. And at the finale, she got out of her seat, and she danced and twirled and sang ‘Deck the Halls’, and it was the most gorgeous thing I’ve ever seen. Completely unafraid and completely joyous, and so participant. This is my 18th season with the company, and that is my favorite A Christmas Carol story of all time.”

Trinity Rep wouldn’t be here if not for the wonderful community of people who come see our shows, so we are beyond thrilled to be including community groups in this year’s production of A Christmas Carol. See the list of all the community groups performing and their performance dates here. Performances for the 40th production begin November 9, 2017, and tickets can be purchased here–we hope to see you there!

Are you excited to see community members in the show? What are your memories of seeing A Christmas Carol? Please, let us know on our Facebook page, or by writing to mintern@trinityrep.com! We may do another blog post detailing those as well! 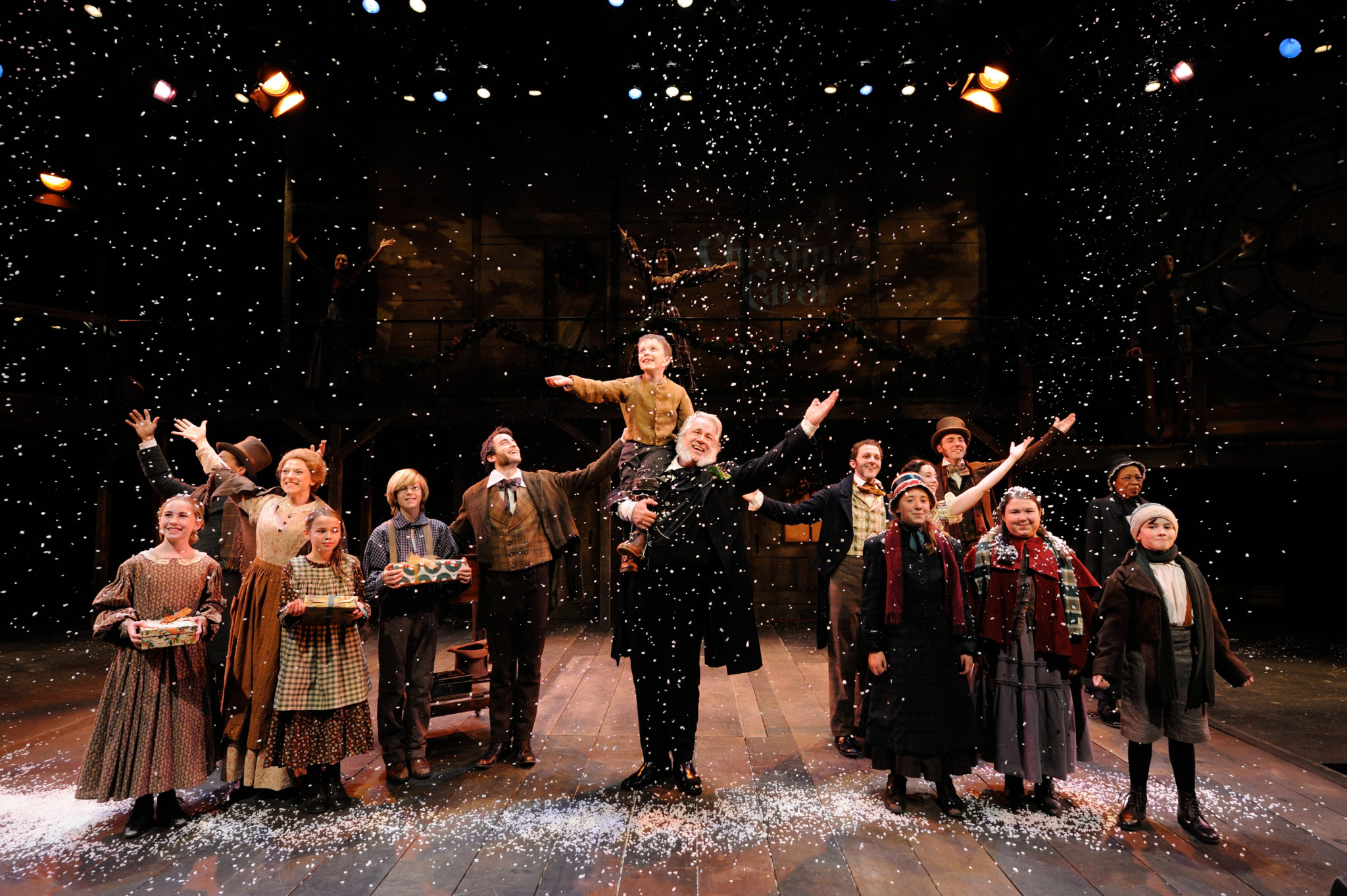