By Anne WashburnMusic and Lyrics by Michael Friedman 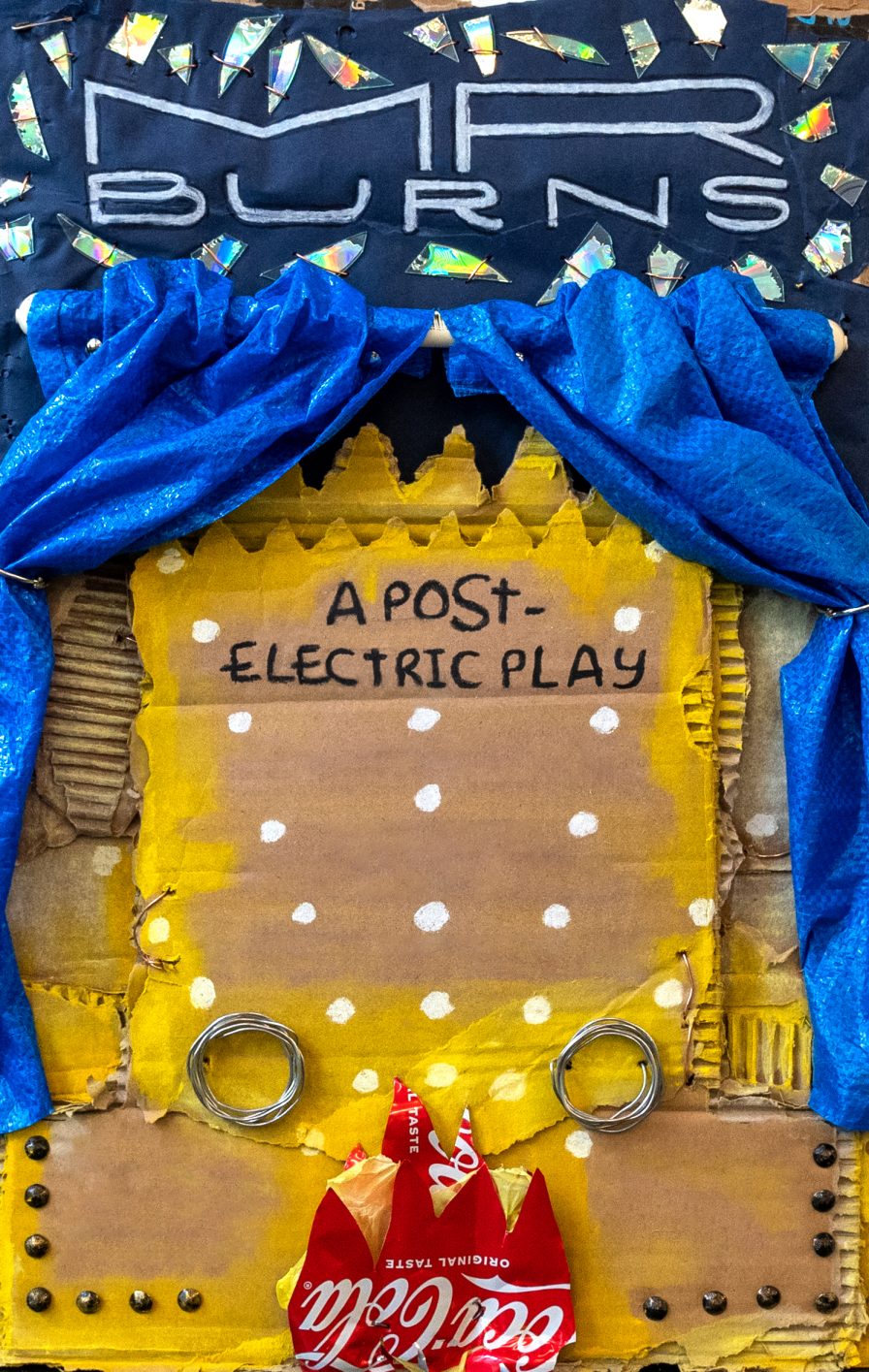 A paean to live theater, resilience, and Bart Simpson through the ages

After the collapse of civilization and sans electricity, a group of survivors share a campfire and begin to rehash the plot of The Simpsons episode “Cape Feare” entirely from memory. What follows over the decades that ensue is an exploration of future generations’ inevitable decay through the transformation of pop culture into ritual. This imaginative dark comedy propels us forward nearly a century, following a new civilization stumbling into its future. Mr. Burns is an animated exploration of how the pop culture of one era might evolve into the mythology of another.

Run Time: About 2 and a half hours with one 10 minute intermission
Pell Chafee Performance Center