We’ve all had a teacher, mentor, or supervisor growing up who encouraged us to pursue our passions. In The Song of Summer, Mrs. C steadfastly supports Robbie and his music career. Without her, he’d never have been able to find his voice as a musician. Resident acting company members Charlie Thurston (Robbie) and Anne Scurria (Mrs. C) share their experiences with teachers that led them to pursue their dreams.

ANNE SCURRIA • A history teacher at the high school I went to in Philadelphia, Germantown Friends School, was also the faculty member who chose and directed the plays in the fall semester. In the spring, he was the baseball coach. Private school teachers do so many things. His name was Harry Gratwick, but we called him “Handsome Harry” since he was tall and rosy-cheeked and totally non-threatening. It was a nickname of endearment. He cast me as Anne in Anne of A Thousand Days and the mother in Blood Wedding by Federico García Lorca and these were pivotal experiences for me. I can remember standing in the spotlight, the auditorium completely silent, feeling so powerful and present. When I went to college, I was going to be a biology major. Majoring in theater never crossed my mind. Then, one of my freshmen roommates was nervous about auditioning for the Shakespeare play and asked me if I’d go with her. I said sure, we went, things were slow, I was talked into auditioning, and we both ended up being cast. The play was Twelfth Night. She was cast as Olivia, and I was cast as Viola. That was the beginning of realizing that my passion for acting could be a career.

CHARLIE THURSTON • My drama teacher in high school was a wonderful man by the name of Brian Cappello. He taught me so much about acting and about what makes theater theater; how to embrace the live-ness, the spectacle of it. We did a festival of Bertolt Brecht one acts at a public school… in Kansas. The guy did not water it down for us. I also had the privilege of working with Cappello over the summers in the warehouse of a theatrical backdrop company. There, he left the mysterious teacher realm, and I started to see him as a three-dimensional person. He was such a role model in this unassuming, mild-mannered way. He was a major influence on the person and artist I’ve become.

Oh, and the only time I’ve won on a radio call-in game was at that warehouse under his tutelage. His unparalleled knowledge of classic rock won me tickets to The Doobie Brothers. 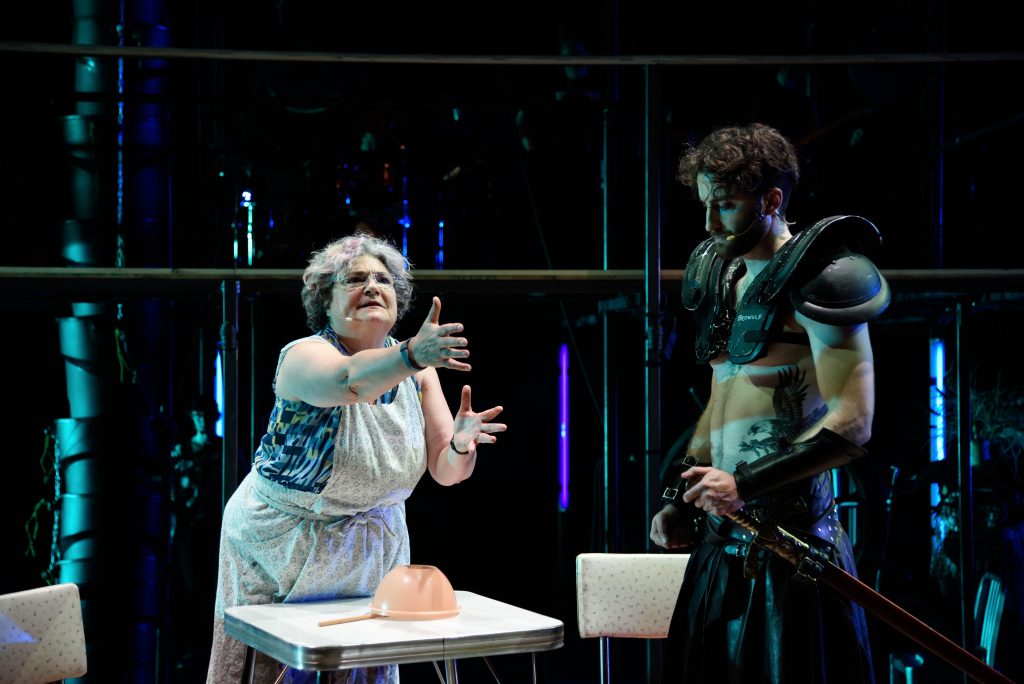 Anne and Charlie appeared together in 2016 as Grendel’s Mother and Beowulf in Beowulf: A Thousand Years of Baggage, a rock musical by Jason Craig and Dave Malloy, directed by Curt Columbus.