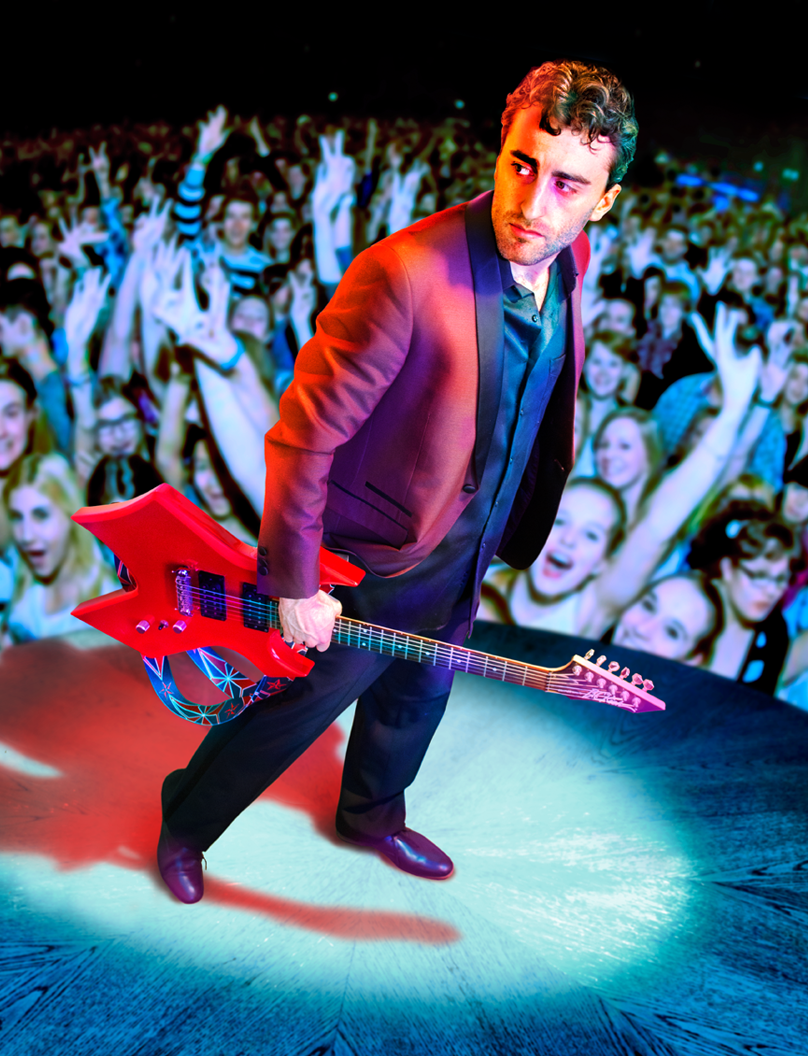 That song on every radio and wedding DJ’s playlist — that catchy earworm that’s inescapable for an entire summer — the “song of the summer” …there’s more to it than everyone knows. There’s more to know about its singer, too — like why he snuck away from a concert and traveled hundreds of miles to visit the home of his childhood piano teacher. What – and who – he finds there could change his career and his life. A touching story about how revisiting the past can change our future.

Buzz
"It’s a sweet 90 minutes of theater that could have taken its inspiration from a Hallmark card...it has a lot to say about what matters in life. And it says it with heart, without cliches and sugarcoating."
Channing Gray, The Providence Journal
"Yee’s fairy-tale romance between a reluctant rock star and an old high school chum plays like a fine-tuned acoustic guitar strummed by Eric Clapton."
David Christner, Newport Daily News
"The play is funny and, without a smidgeon of pretentiousness, is wise. The dialogue is fresh – in every sense of the word – and the acting is so good, I don’t have enough superlatives. My advice to everyone: Go see it."
Kathie Raleigh, The Woonsocket Call
"...such a satisfying and wonderful play that you just want to give everyone involved a big hug...This show is the fresh breath of summer air we need at the end of March."
Andria Tieman, BroadwayWorld
"Pure live theater gold."
Will Demers, EDGE Media Network
"Lauren Yee’s world premiere 'The Song of Summer' is the best new contemporary play I have seen in years."
Don Fowler, The Cranston Herald
"multi-layered, rich and absorbing, with four fascinating, complex, lovable characters...who'll keep you laughing, entertained and intrigued from the moment the play begins."
Nancy Burns-Fusaro, The Westerly Sun
Prev2019 MarNext
Prev2019 AprNext
Prev2019 MayNext
Prev2019 JunNext
Prev2019 JulNext
Prev2019 AugNext
Prev2019 SepNext
Prev2019 OctNext
Spoiler Alert!

Robbie shows up at his old piano teacher Mrs. C’s house in Pottsville, PA very early in the morning, after driving away from a concert he was giving a few states over. This visit is a big surprise; Robbie moved away many years ago, and became a musician, writing a hit song. Mrs. C. adores Robbie, as he was a devoted student, and a good friend to her daughter, Tina. But Robbie isn’t doing very well right now; his song is controversial because of its lyrics and because another music group believes he plagiarized their work. Robbie doesn’t want to continue his tour with all this bad press, although, as his manager Joe reminds him, not doing so would jeopardize his upcoming record deal. Robbie has a plan though; he can prove he wrote his song, and make the lawsuit go away. He just needs to find a video he made for Tina while they were in high school. In high school, Robbie was a nerd, and Tina was adventurous and cool, and determined to leave town. The two had a fling once, even though Tina was dating someone else. The interaction hadn’t ended well, Tina felt rejected, but Robbie had filmed himself singing a song she wrote as an apology (his hit song of the summer). Soon after, Robbie and his family moved out of Pottsville and they didn’t stay in touch. Today, Tina is a little worn down, divorced from her high school boyfriend, and still hasn’t left Pottsville, where she lives with her mom. Robbie, still infatuated, asks her on a date, which she agrees to. Robbie is thrilled, but Joe tells him he needs to focus on getting the tape from her, or else the newly-issued boycott on his song will destroy his tour and music career. Tina is evasive on the date about why she never left town, but she and Robbie finally have it out over their high school fling. Robbie learns Tina never saw the tape he made, and so never got his apology before his family moved. The tape also may have been recorded over. Robbie’s career is over then, but he’s oddly elated, happy to finally know why he and Tina lost contact, and kisses Tina. The next morning, he and Tina come in from their night out, and Mrs. C has found the tape. Robbie’s music career is safe, and Joe wants Tina to come with them to affirm the story, saving them from the bad press about the lyrics as well. But Tina has another secret and this one may change Robbie’s life even more.

Bringing People Together: In Conversation with Director Tatyana-Marie Carlo

11/25/19 By Audrey Rowland Fade director Tatyana-Marie Carlo has had an exciting year — filled with a lot of directing...

“Everyone Gets a Standing Ovation” At YASI

3/8/19 By Marketing Intern Maxwell Snyder We’ve all had a teacher, mentor, or supervisor growing up who encouraged us to...

Six Songs of the Summer

3/8/19 A somewhat personal selection of six very different songs of the summer by director, writer, and Brown PhD candidate,...

From the Executive Director: A Look Into the 2019-20 Season!

Tom Parrish 3/8/19 While most plays we produce have been produced before, whether a Shakespeare play or contemporary Broadway or...

To My Friends, From Curt: The Song of Summer

Curt Columbus 3/8/19 Welcome to Trinity Repertory Company and to our presentation of Lauren Yee’s wonderful new play, The Song of...

Context & Conversation: The Song of Summer