Death of a Salesman 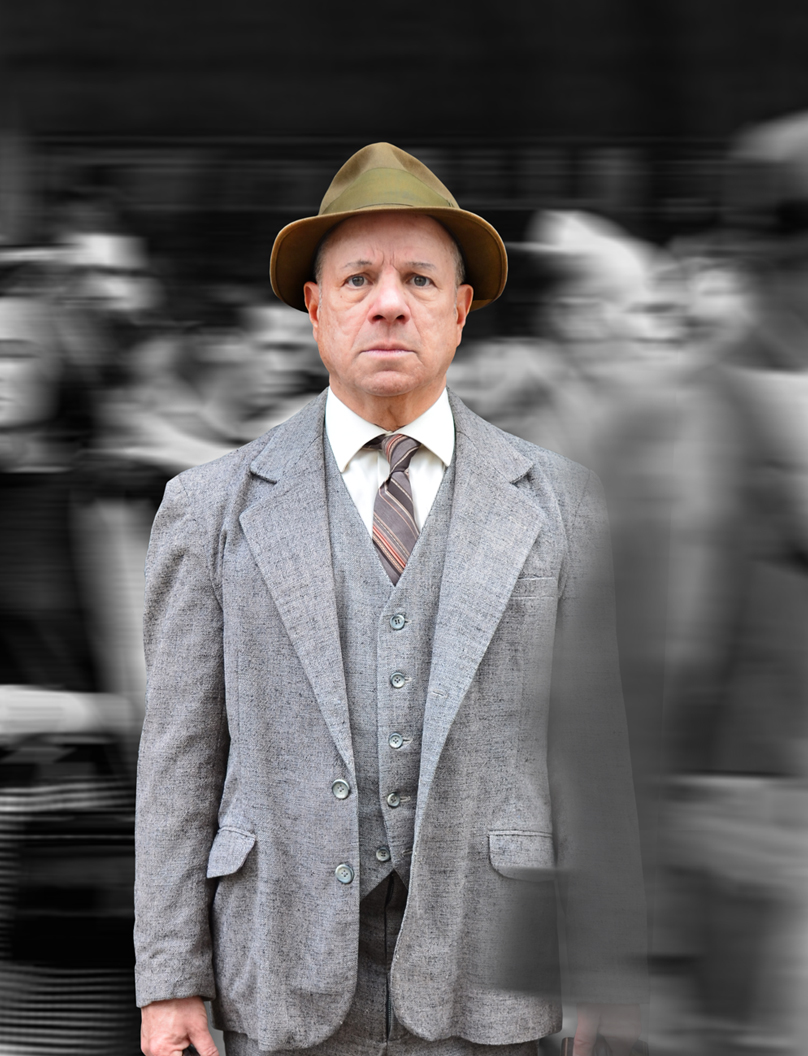 This classic tale of the perilously high cost of the American Dream explodes with poignancy and relevance. Willy Loman desperately craves success for himself and his sons, but stark reality cannot live up to his dreams. The wall of delusions he has constructed quietly crumbles around him while a devastated and demoralized man searches in vain for a hidden path to greatness. Death of a Salesman is a Pulitzer-Prize winning masterpiece that everyone should see performed live.

This show is performed as part of the fall rep, The American Dream, Then and Now. For more information about Dominique Morisseau’s Skeleton Crew, performed in repertory with Death of a Salesman, click here.

Buzz
"The simple truth is Trinity Rep’s “Death of a Salesman” is one of the best things a theater that has produced a slew of winners has ever staged....the perfect marriage of the best American theater has to offer, and a talented cast that can do no wrong...it’s Trinity at its very best, a show that’s not to be missed."
Channing Gray, Providence Journal
"This is a production that sears the soul with its honesty and its raw emotion."
Sue McDonald, Sun Chronicle
"...tear-bringing, powerhouse, eye-opening, chilling and insightful."
Bill Gale, RIPR
"This play is a masterpiece for a reason, and seeing a masterpiece performed in the intimate Dowling Theatre is a pure pleasure."
Andria Tieman, Broadway World
"I...strongly encourage Voice readers to see “Salesman” before it closes next month. You will witness a timeless drama that will prompt you to reflect on your own family dynamics, hopes, insecurities and expectations."
Kara Marziali, The Jewish Voice
"Bring your friends and family to see this show; this "Salesman" will have you talking about it for days after."
Will Demers, EDGE Media Network
"You won’t find a better portrayal of the tragic character then Stephen Berenson, one of Trinity Rep’s true treasures...Whether or not you have seen it before, if you love good theatre, you will want to see 'Death of a Salesman'."
Don Fowler, Cranston Herald
"My only word for it .... OUTSTANDING !!!! I can not say enough about this production."
Audience member
"...better than the production that I saw on Broadway."
Audience member
"We LOVE the intimacy of the small theater! It is wonderful to see the actors' expressions so close!"
Audience member
Prev2017 SepNext
Prev2017 OctNext
Prev2017 NovNext
Prev2017 DecNext
Prev2018 JanNext
Prev2018 FebNext
Prev2018 MarNext
Prev2018 AprNext
Spoiler Alert!

Willy Loman – an ageing and tired salesman – returns to his wife Linda in their Brooklyn home after an unsuccessful attempt to complete his drive to New England – his territory. Willy clings to delusions and memories, while Linda supports him and tries to make ends meet from his meager commissions. She worries every day about the suicide attempts that he’s made.

His son Biff’s arrival brings conflicting emotions: disappointment at his son’s failure to “find himself” and hope that the one-time football hero will find success. Biff and his brother Happy are concerned with the man they find at home. Willy has crashed his car several times and has long conversations with his long-deceased brother Ben. Linda remains devoted to her husband and chastises her boys for not recognizing the worth of their father. After 36 years with the company, Willy has had his salary taken away as his ability to make the sales pales in comparison to what he accomplished decades earlier when he opened up entire new territories for the company.

Biff tries to make his father proud by seeking out funding from an old boss so that he can make his own success. Biff and Happy plan a dinner with Willy to celebrate, but the dinner ends in disaster. Earlier that day, Willy meets with his boss Howard, trying to convince him to allow Willy to sell locally instead of traveling throughout New England. Instead Willy is fired. But he still holds out hope for his son’s success. However, not only has Biff not even been able to get a meeting with his contact, the boys abandon Willy at the restaurant and depart with women they’ve just met.

So many things haven’t gone right for Willy over his life. He passed up the chance to follow his brother Ben to Africa, where Ben made his fortune. Biff’s adoration for his father was rocked to its core when he showed up unexpectedly at Willy’s Boston hotel room and made a discovery that destroyed Biff’s faith in him.

Willy returns home humiliated and Linda, furious, tells their sons to get out of their father’s life. Biff and Willy have one final fight that leaves Willy touched with his son’s love. The best way to provide for his success, Willy finally determines, is the life insurance policy he’s been dutifully making payments on for years.

Willy Loman’s tragedy is complete and his funeral largely ignored. In Linda’s tearful goodbye she tells Willy that the last payment was made on their house that day – they’re finally free.

This year, in collaboration with our Conversationalist-in-Residence Christina Bevilacqua, we are launching a series of conversations that will take place...