Directed by Whitney WhiteFeaturing Jude Sandy as Othello, Rebecca Gibel as Desdemona,and Stephen Thorne as IagoPlease note that strobe lights will be used in this production. 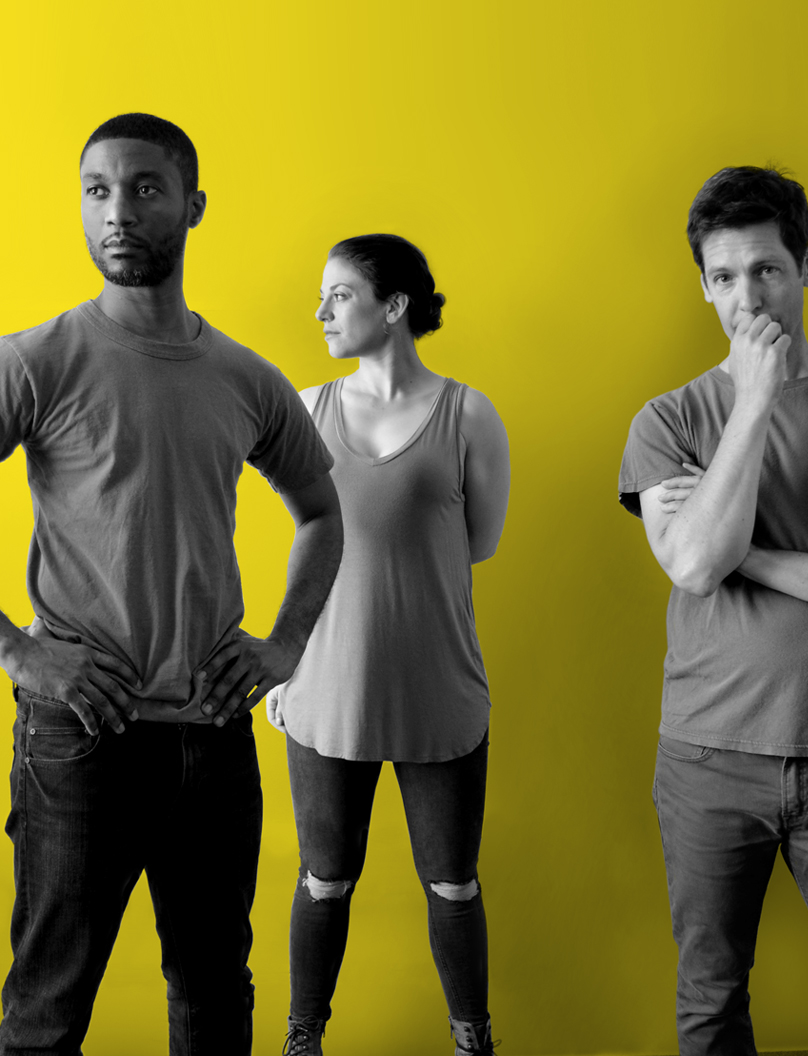 Friendship and betrayal, love and jealousy. Once Othello’s most trusted confidante, Iago’s envy-fueled passions unleash a betrayal with catastrophic results for Othello and his beloved bride Desdemona. Shakespeare’s profound tragedy is an enduring story of race, love, envy, and repentance. This stripped down retelling is the portrait of an unraveling mind amid a society engulfing and destroying its very best.

We’re having a Glove & Sock drive!

Throughout the run of Othello, we invite you to bring new men’s socks and gloves to the theater where we’ll be collecting them for the Providence VA Medical Center and Operation Stand Down Rhode Island.

There is a bin for donations that you may have in the lobby. Thank you for helping us give back!

On a Venice night Iago, ensign to the Moorish General Othello, learns he has been passed over for a promotion: Othello has selected an inexperienced soldier, Cassio, to be his lieutenant instead of Iago. Angered by this rejection, Iago decides to take revenge on his boss to destroy his happiness. Iago decides exact his plan via Othello’s new bride, Desdemona, the beautiful daughter of a Venetian senator whom Othello married in secret.  He invites Roderico, a suitor Desdemona rejected, in on his plan to help him bring Othello down.

In his first effort to thwart Othello’s happiness, Iago reveals the secret marriage to Desdemona’s father, Brabantio, claiming that Desdemona was stolen in the night and married to Othello. Outraged at the idea of his daughter wedded to a Moor, Brabantio storms off to see Othello. When Brabantio arrives, he finds Othello on his way to stop the Turkish invasion of Cyprus with an assembled senate. Iago’s plan backfires: As Brabantio accuses Othello of witchcraft, Othello tells the story of how he and Desdemona fell in love, warming the hearts of the senate. When Desdemona proclaims her love for her husband, Brabantio relents.

Othello leaves Venice to defend Cyprus from the Turks. As a storm disperses the Turkish offenses and Othello and Desdemona reunite, Iago schemes further by getting Cassio drunk. When Iago suggests to Rodercio that Cassio stands in the way between him and Desdemona, Rodrecio is enraged and provokes an inebriated Cassio into fighting with him. Cassio drunkenly kills a Governor, who was trying to intervene. Disgusted by Cassio’s actions, Othello fires him and promotes Iago to lieutenant. Iago goads Othello into believing that Desdemona and Cassio are lovers.

Othello soon becomes jealous, paranoid, and believes anything he’s told about Desdemona in his deluded trance. In his final trick of evidence, Iago fools his wife Emilia into stealing a special handkerchief Othello gave Desdemona during their courtship. Iago then shows it Othello, claiming that Desdemona gave it to Cassio as a token of her love. Othello, worried, asks Desdemona to show him the handkerchief and when she cannot produce it, he believes his suspicions of her infidelity are confirmed. Later that night, Desdemona sings “A Willow Song,” as she prepares for bed, a melancholy song about a maid abandoned by her lover.

She wakes up in the middle of the night to an enraged Othello standing over her. She pleas for her life, but Othello smothers her with a pillow. Emilia enters, disgusted by what she sees, but Othello defends himself, holding the handkerchief as proof of Desdemona’s wrongdoings. Emilia immediately realizes what happened and that Iago is behind it, she reveals it to Othello. At that moment, Iago enters and kills Emilia, and barely gets away from a murderous Othello who now understands. Iago is condemned to death.

Othello addresses the audience, asking them to think of him “as one that lov’d not wisely but too well.” He then stabs himself and kisses Desdemona as he dies.

2/8/2018 by Jessica Lanman It’s a hike to the Nelson Rehearsal Hall, over three flights of stairs from the ground...

To my friends, from Curt: Character, and Othello’s Characters

Every week on the Trinity Rep blog we have a quick note, thought, idea, or message from our Arthur P....