By Kate Hamill, adapted from the novel by Jane Austen 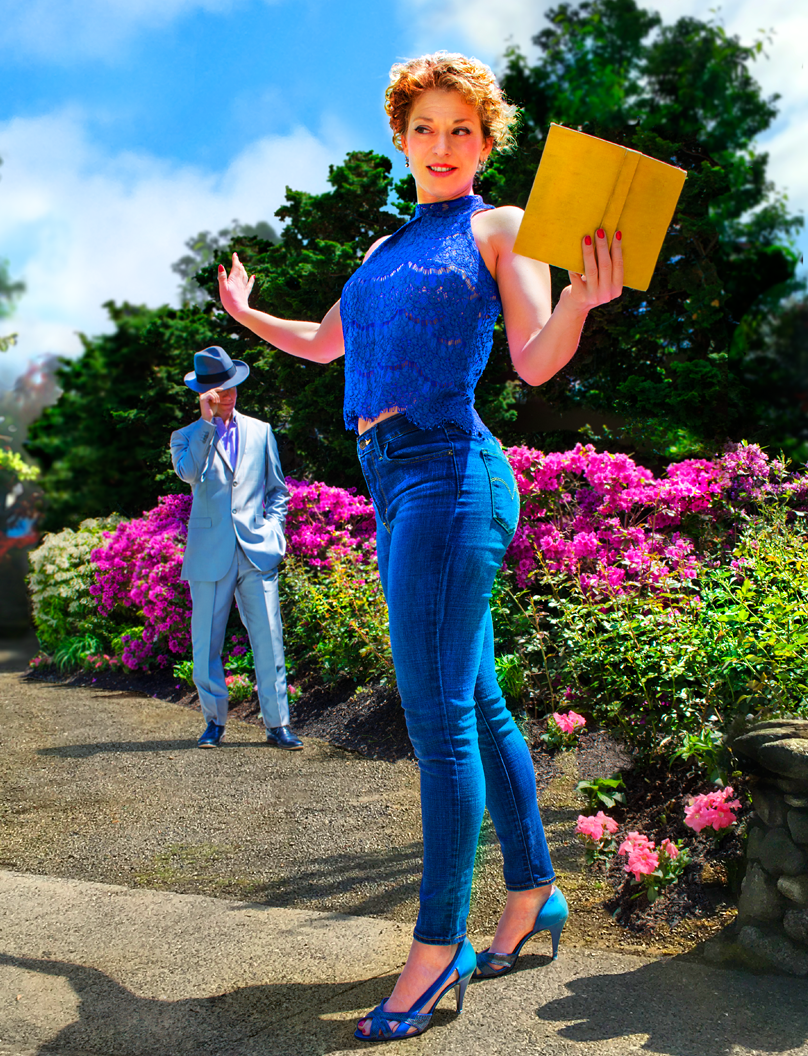 The treasured and iconic “will they or won’t they” romance between Elizabeth Bennet and Mr. Darcy is infused with fresh vitality and hilarity in this madcap new comedic adaptation. Mrs. Bennet is determined to find suitable husbands for her daughters, but can’t quite get fiercely independent Elizabeth on board — at least not when it comes to the impossibly arrogant Mr. Darcy. At once both warmly familiar and surprisingly funny, the Bennet family’s shenanigans have never felt so modern.

This show is a StageSource Standing O production, on Friday, October 19, we will host a pre-show Parity Party, celebrating the role of women in theater.

Buzz
"Director and choreographer Brigitta Victorson has somehow tackled this certainly new look at an old and cherished story. She has made it new, made it live again."
Bill Gale, RIPR
"On this stage, in this play, are several of the best comic performances of the year."
James Merolla, RI Central
"Run do not walk to the box office before this show is completely sold out,"
Theater Mirror
"Director and Choreographer (yes, there are some dance numbers) Birgitta Victorson lets loose this talented company on 'Prejudice' and the results will make any cynic laugh out loud."
Edge Media Network
"Hamill’s 'Pride and Prejudice' has perfectly blended an honest romance with gut-busting comedy, which overpowers even the strongest of tragedies."
Playing All the Way
"a fun, fast and furious production..."
NewportRI.com
Prev2018 OctNext
Prev2018 NovNext
Prev2018 DecNext
Prev2019 JanNext
Prev2019 FebNext
Prev2019 MarNext
Prev2019 AprNext
Prev2019 MayNext
Spoiler Alert!

Mrs. Bennet is determined to see her daughters married. This is a practical concern–since women can’t inherit land, when Mr. Bennet dies, the Bennet home will go to a distant cousin, leaving the girls homeless and destitute. Still, this does not make Mrs. Bennet’s prodding and methods of husband-catching any less mortifying for her daughters, particularly the smart and stubborn Lizzy, who has no interest in marrying at all. Lizzy goes so far as to turn down a proposal by the distant cousin, even though it directly hurts her family. She simply can’t risk being unhappy for a lifetime, as she sees her parents doing.

While her mother does everything she can to set up Lizzy’s gentle older sister Jane with the sweet (and wealthy) Bingley, Lizzy is forced to interact with Mr. Darcy, a gravely serious man that Lizzy finds to be unbearably proud. Darcy, in turn, finds Lizzy completely prejudiced against him, although he comes to appreciate her wit and intelligence. The two still clash, particularly when Lizzy meets Lt. Wickham, an old acquaintance of Dacy’s that says Darcy denied him his inheritance. Lizzy can find nothing redeemable about Darcy then, a position that only worsens when Bingley unexpectedly moves back to London, and Lizzy learns Darcy played a direct role in it.

While visiting her newly-married friend Charlotte, Lizzy meets Darcy again and confronts him about Wickham and Jane’s unhappiness when Darcy unexpectedly declares he has feelings for her. Lizzy is surprised to learn Wickham was denied his inheritance only after he’d tried to seduce Darcy’s very young sister, and that he encouraged Bingley to leave when it seemed Jane didn’t care about him. Lizzy corrects Darcy’s assumptions about Jane–she likes Bingley very much, she’s just shy and proper. Both humbled, they still part ways badly with Lizzy declaring she could never marry a man such as Darcy, and Darcy promising to never whisper a romantic word around her again. Lizzy remains upset with Darcy’s presumptions until she talks it over with Charlotte, who helps her see she’s been unfair to Darcy.

Lizzy’s visit to Charlotte is cut short when word comes that her youngest sister, the boy-crazy Lydia, has run off with Wickham. Darcy is the one who tracks the pair down and pays Wickham to marry Lydia, saving her reputation. He also brings Bingley to the Bennet home, allowing Jane to finally express her feelings, and the two become engaged.

Lizzy is deeply moved by all of Darcy’s actions and finally sees all the good in him, as he sees in her. Perhaps she was too quick to say she would never marry. Still she is uncertain of their future together; his aunt does not approve of her, her family is ridiculous, and it can be so hard to know oneself, let alone another person. Darcy encourages her to let all of that go and dance with them. And so they dance and kiss.

A Conversation with Birgitta Victorson

10/29/18 Education Intern Stephanie Risch had the chance to sit down and speak with the director of Pride and Prejudice, Birgitta...

Our Romance with the Imperishable Romance

10/23/18 By Caitlin Howle, Digital Marketing Coordinator Jane Austen has been a staple of great literature for two centuries, but...

A Letter from Curt about Pride and Prejudice

10/11/18 By Rebecca Noon, Artistic Associate for Community Every season Trinity Rep teams up with the Providence Public Library to...

Behind the Costumes: Pride and Prejudice