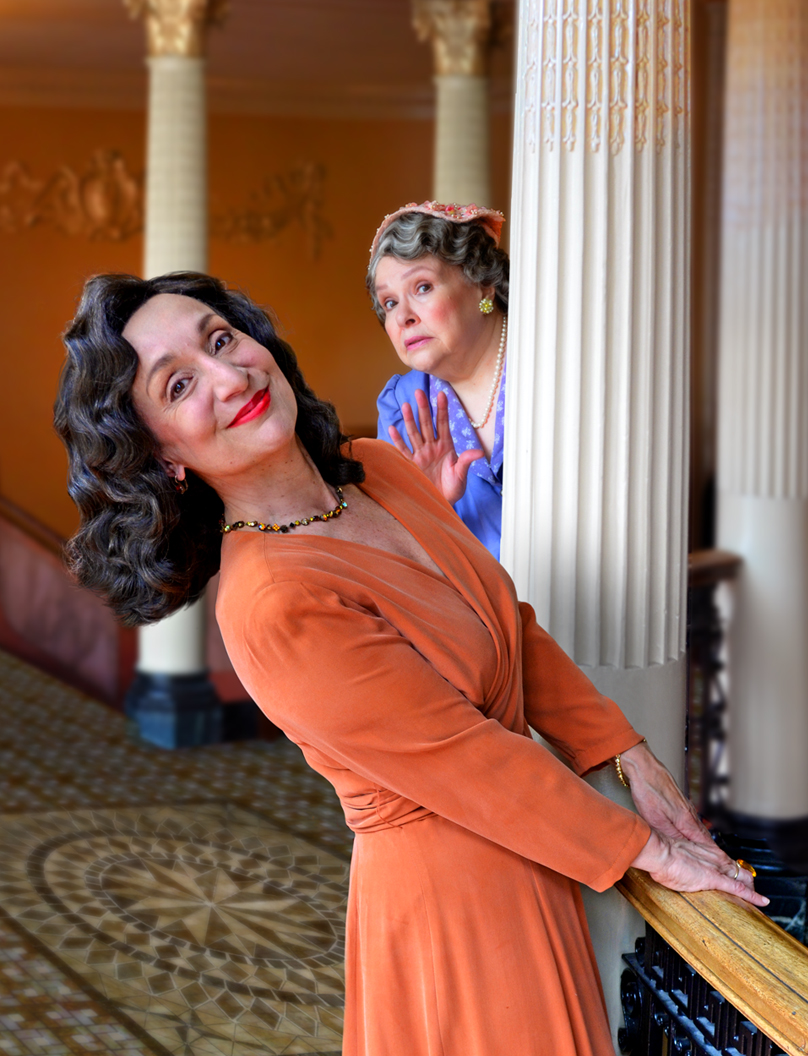 Providence, 1942: Oberon Play House’s director and leading men are off at war. Determined to press on, the director’s wife sets out to produce an all-female version of Shakespeare’s Henry V, assembling an increasingly unexpected team united in desire, if not actual theater experience. Together they deliver a delightful celebration of collaboration and persistence when the show must go on! A surprisingly modern and moving comedy about the singular way art and community reveal our boldest selves even in the darkest times.

For this production, we are joining with the Rhode Island Daughters of the American Revolution for a letter-writing campaign. We will be writing letters in the theater and online to send to active duty Rhode Islanders who are deployed. For more information please click here.

Buzz
"Trinity Rep has turned its attention to a gem of a play, one of the sweetest nights of theater you’re likely to see this season."
Channing Gray, The Providence Journal
"The play itself is thought-provoking and heartwarming, and would likely be good on any stage, but these performances click so perfectly that the whole experience is like a breath of fresh air that will leave one smiling like a dope at the end."
Andria Tieman, BroadwayWorld
"This is truly an ensemble cast in every sense of the word and Brandt’s selection for his characters proves flawless."
Sue McDonald, The Sun Chronicle
"The show will make you laugh out loud, clap enthusiastically and shed a tear or two - no small feat. This show-within-a-show is a must see and a great break from the winter doldrums."
Will Demers, EDGE Media Network
"...a rollicking theatrical entertainment."
James Merolla, RI Central
"Of the four Brant plays that have been produced locally, 'Into the Breeches' is the best. It is a pleasant blend of humor and history that illuminates humanity’s frailty and steadfast resolve."
Dave Christner, Newport Mercury
"...be sure to catch 'Into the Breeches!' for a rousing good time with a bit of nostalgia thrown in for good measure."
Tony Annicone, The Theater Mirror
"Trinity's 'Into the Breeches' will leave you in stitches..."
Don Fowler, Cranston Herald
"The entire ensemble were stars unto themselves as they each possessed the talent to bring the focus on the unique and quirky characters they portrayed...George Brant has wrapped [the conflicts] in a very funny, fluffy blanket without trivializing their importance."
Susan Mulford, Boston & Beyond
"Playwright George Brant has forged a tidy little reputation for comedy."
Chicago Reader
Prev2018 JanNext
Prev2018 FebNext
Prev2018 MarNext
Prev2018 AprNext
Prev2018 MayNext
Prev2018 JunNext
Prev2018 JulNext
Prev2018 AugNext
Spoiler Alert!

It’s 1942 and the Oberon Theater, known for its Shakespearean productions, has lost its men to the war efforts. The company’s diva Celeste claims she is “an unwatered flower” withering away without the laughter, tears, and applause of her audience. But Maggie, the director’s wife, has other ideas. With her husband’s blessing, she sets out to move forward with their originally planned production of The Henriad – a combination of Henry IV and Henry V – with all the parts being played by the women of the company.

Initially skeptical, Celeste soon signs on – thrilled at the notion of taking of juicy new roles. The Board President, Ellsworth Snow, is harder to convince. He is concerned about the audience – half of them are away at war and the ones who are left aren’t in the mood for entertainment. He is concerned for the future of their theater – an untested director and women pretending to be men will certainly tarnish the esteemed organization’s reputation for years. Maggie counters that this play’s themes of patriotism, sacrifice and victory are just what the audience needs. Ellsworth remains unconvinced – until his beloved wife – the timid and inexperienced wife Winifred expresses an interest in being in the cast.

The auditions however are sparsely attended with only two new cast members, June and Grace, on board. With the assistance of Ida, who handles costumes, and Stage Manager Stuart, Maggie begins rehearsals with the small and enthusiastic, though novice, cast. As they make their way through rehearsals, they gain a few unexpected cast members but lose – and eventually regain – their star over “artistic differences.”

The women make their way through rehearsals, incorporating clever tips to help their strides become more masculine, and finding ways to make dear Winifred funny. All the while, they miss their husbands and long for word from the front. Other injustices of the outside world – most notably, blatant racism – also make their way into the lives of the cast.

The cast pushes forward – finding strength in each other and their common goal. Together they find the courage to go boldly “into the breeches!”

2/23/2018 We’re approaching the end of Into the Breeches!, a wonderful new play by George Brant, and though we’re sad...

Where are They Now? Interns Return to Trinity rep for Into the Breeches!

2/16/2018 by Caitlin Howle The first day of production for Into the Breeches! was not just about getting the actors...

Rolling Up Their Sleeves and Digging In

1/31/2018 Before rehearsals began for Into the Breeches!, Trinity Rep’s Braxton Crewell asked resident actors Anne Scurria and Phyllis Kay to...

1/22/2018 Rebecca Noon is the Community Engagement Coordinator of Trinity Rep, and runs the Prologue program. Last year at Trinity...

To my friends, from Curt: Tragedy Plus Time

1/3/2018 Every week on the Trinity Rep blog we have a quick note, thought, idea, or message from our Arthur...

Into the Breeches! — An inside look at first rehearsal

1/2/2018 The room was packed as staff members, guests, subscribers, and our wonderful acting company took their seats to prepare...

First Chat: Into the Breeches!

Context & Conversations: Into The Breeches!