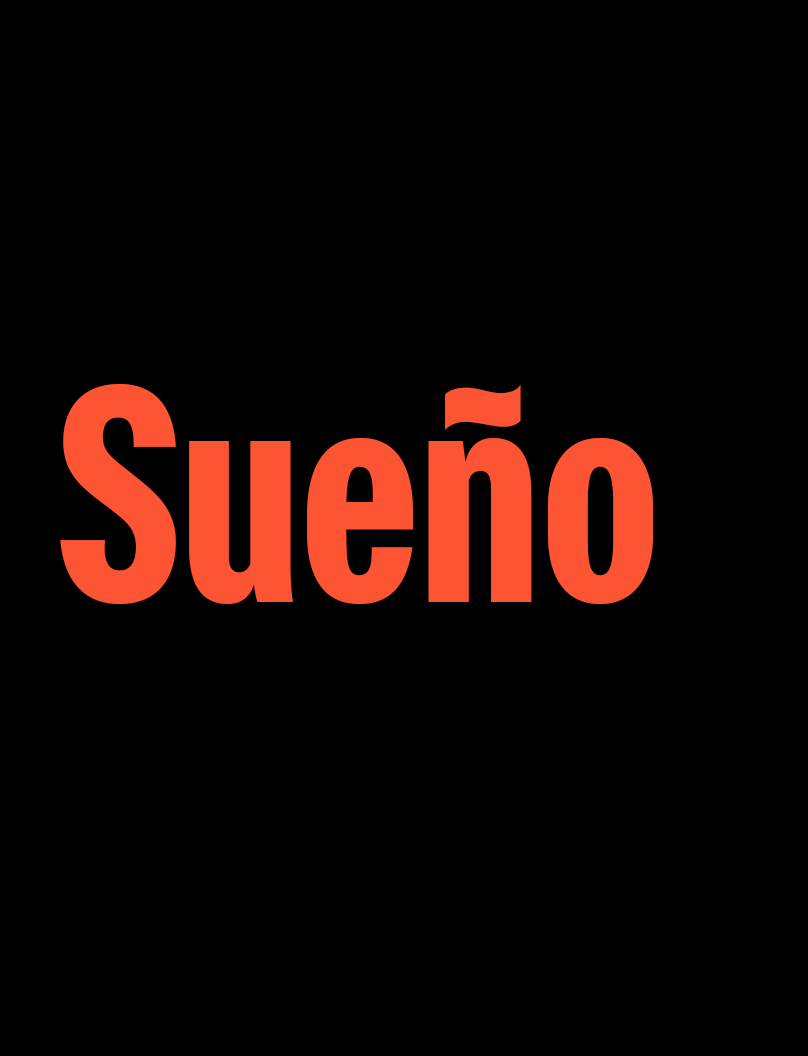 A humorous and haunting metaphysical story peppered with intentional anachronisms, Sueño is a contemporary reimagining of Life is a Dream, considered one of the jewels of the Spanish Golden Age. Years after a Spanish prince is imprisoned at birth based on astrological predictions, the young man is released to test the prophesies. Once freed, his actions could either earn him the throne or return him to a lifetime of isolation to question the very nature of reality and humanity.

In an anachronistic 17th century Spain, King Basilio learns through astrology that his newborn son Segismundo is destined to become a tyrannical king who will lead the kingdom into a civil war. To prevent him from destroying the kingdom, Basilio imprisons Segismundo from the moment he is born. Segismundo grows up unaware that he is a prince, and his only human contact is with his father’s former advisor, Clotaldo.

25 years later, Rosaura, a young woman disguised as a man, and her servant, Clarin, discover Segismundo’s hidden prison while lost in the Spanish desert. Segismundo’s first instinct is to attack them, but he finds himself drawn to Rosaura. Clotaldo and prison guards arrive to arrest Rosaura and Clarin for discovering the secret prince and his prison, but when Rosaura presents Clotaldo her sword, he grows sorrowful. Rosaura explains that her mother told her if she “makes her sword known” to Spanish nobility, a nobleman will claim her as his heir. Recognizing the sword, Clotaldo realizes Rosaura is his child.

Segismundo’s cousins Duke Astolfo and Princess Estrella arrive at the royal palace to claim the throne, believing Bastilio has no other heir. Astolfo and Estrella are betrothed to each other, but Estrella is concerned about the necklace Astolfo wears that has the picture of another woman on it, who is later revealed to be Rosaura. Basilio reveals the truth about Segismundo to them and announces that he’ll free his son, feeling guilty about imprisoning him and fearing that the prophecy was incorrect. Basilio reasons that if Segismundo proves a tyrant, he can be imprisoned again, but if he’s a good king he’ll be allowed to rule. Rosaura reveals to Clotaldo that she’s a woman, and she came from Poland to Spain to get revenge against Astolfo, who dishonored her by having relations with her but leaving for Estella.

Clotaldo and the guards sedate Segismundo and take him to the castle. Clotaldo reveals the truth about Segismundo’s birth when he awakens, but Segismundo, furious about being lied to all of his life, immediately begins acting like a tyrant. Basilio, horrified by his son’s cruelty, warns him that if he does not behave, he’ll reawaken in his prison and realize his experience as a prince was “just a dream.” Segismundo blames his cruelty on his father imprisoning him his whole life, suggesting that if he was raised in the palace he would have not become a tyrant.

Rosaura disguises herself as Estrella’s servant “Astrea” so she can kill Astolfo. A jealous Estrella asks her Rosaura, still disguised as “Astrea” the servant, to steal Astolfo’s necklace with a woman’s picture on it. Rosaura realizes that she is the woman in the picture, but Estrella is unaware of this. Astolfo easily recognizes Rosaura and refuses to give her the picture.

Meanwhile, Segismundo reawakens in his prison, where Clotaldo insists that his experience at the palace was just a dream. Segismundo reflects on the difference between dreams and reality, considering that his time in the palace felt more real than his life imprisoned. He determines that “life is a dream” that no one wakes up from until they die.

Some soldiers come to the prison to free Segismundo so he can take the throne, fearing the foreign-born Astolfo becoming king. Although initially confused since he believed his time as prince was a dream, Segismundo decides that he must do what is right regardless of if he’s dreaming or awake. He asks Clotaldo to join him in overthrowing his father and cousins, but Clotaldo says he must stay loyal to his king.

At the palace, Bastilio, Astolfo and Estrella prepare for civil war against Segismundo and his supporters. Bastilio weeps, feeling that it is his fault for causing the war by imprisoning, freeing and imprisoning again Segismundo. Rosaura tells Clotaldo that she will fight for Segismundo because she still wants to kill Astolfo.

During the battle, Bastilio prepares for Segismundo to kill him, but Segismundo spares his father, seeing the error of his violent ways. He says he must let his human nature control his “bestial” one. Proud of his son’s compassion, Bastilio crowns Segismundo king. When Segismundo asks Rosaura if his victory and redemption are also just a dream, Rosaura concludes that regardless, they should enjoy it and learn the lessons it presents.