Based on the book by Cheryl Strayed
Adapted for the stage by Nia Vardalos
Co-conceived by Marshall Heyman, Thomas Kail, and Nia Vardalos 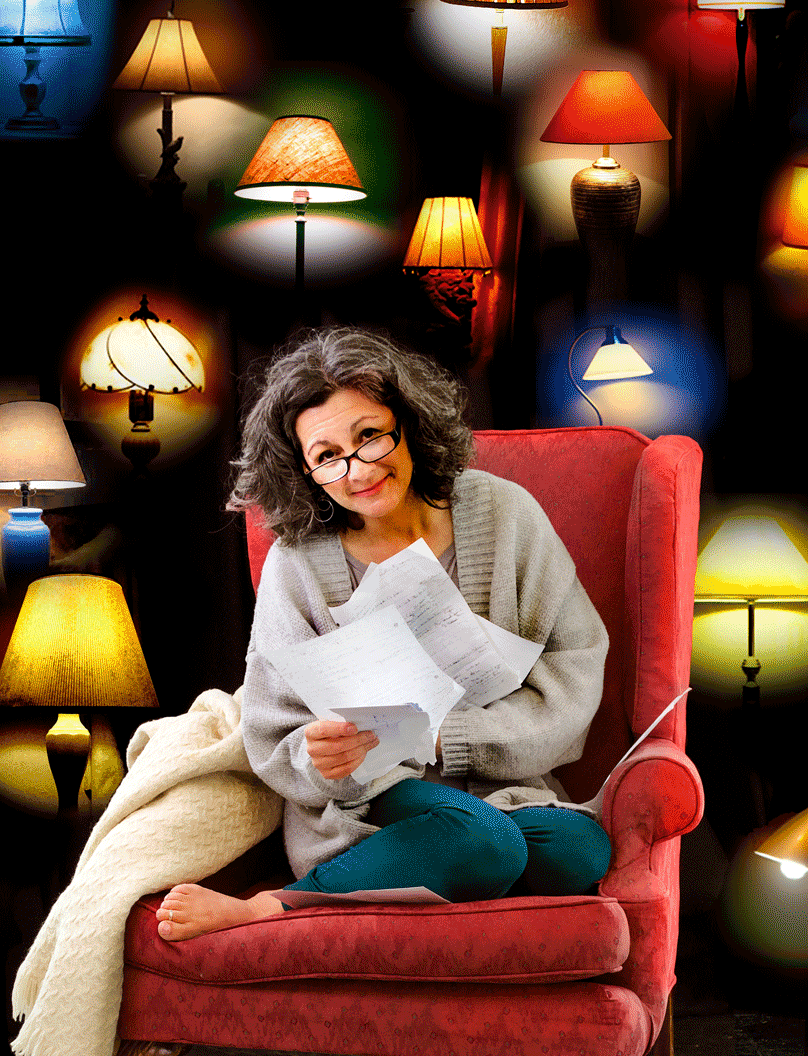 Finding hope by asking and answering the hardest questions

A celebration of the simple beauty of being human, this funny, deeply touching, and uplifting play is an exploration of resilience, based on Cheryl Strayed’s journey as the beloved anonymous advice columnist for “Dear Sugar.” Over the years, thousands of people turned to “Sugar” for words of wisdom, compassion, and hope. Reluctant to claim that she has all the answers, Sugar looks to her own past and draws on her life experiences to bring light, laughter, and humanity to others.

A busy mother and writer receives an email from the author of the anonymous advice column “Dear Sugar,” asking her to take over the column. She accepts, becoming the new “Sugar.”

At her computer late at night, Sugar receives letters from people of all ages, genders, and walks of life. They ask for advice on everything from friendship and dating to grief and guilt. In response to the letters, Sugar shares anecdotes from her own life.

When one letter writer asks Sugar about love, she tells them about how her mother’s final word helped her realize that love is something that you have to define for yourself. Another asks Sugar about moving past the grief caused by their miscarriage. Sugar tells them about how she worked as a youth advocate, helping girls with troubled home lives realize that true healing can only come from within. After giving conflicting advice to writers in passionless marriages, Sugar receives letters questioning her identity and qualifications. In response, she tells how her second husband helped her embrace all conflicting parts of herself, which she says she must also do in her advice column.

Sugar continues to offer letter writers advice on forgiveness, trauma, and honesty.  She receives a letter asking her to share a time in her life where “something you thought was one thing then became another.” Sugar also answers some more lighthearted letters regarding a sexy Santa Claus and women sending mixed signals.   But upon being asked simply “what the fuck?” which the letter writer argues “applies to everything every day,” Sugar recalls how she was sexually abused by her grandfather and how that trauma followed her for years. She tells the writer to not apply “what the fuck” to everything, but ask “the fuck is your life” and answer it yourself.

Another writer tells Sugar about their turbulent relationship with their father, and asks if they should stay in contact with him. Sugar tells them about her own estranged father and the conflicting emotions she felt after he disowned her for not immediately forgiving him. A kleptomaniac shares their guilt with Sugar, so Sugar shares her own experience watching someone steal, and stealing herself. When she receives a letter from a father grieving the death of his son, Sugar tells him about her own grief from when her mother died. She tells him his son will continue to teach him lessons in death.

Sugar explains that she kept her identity anonymous so readers would have no preconceived notions about her or her advice. By others sharing their stories, they made “Sugar” something they created together. She finally reveals her true identity:  Cheryl Strayed, author of the novel Torch and the memoir Wild: From Lost to Found on the Pacific Crest Trail. The letter writers begin sharing the advice they would give their younger selves, and Cheryl says she’d tell her younger self that, despite her flaws, she has rights to all of the “tiny beautiful things” in the world.

Due to the incoming winter storm and statewide travel ban, the Saturday, January 29 7:30 pm performance of Tiny Beautiful...

Dear…whoever needs to hear this from you

When you entered the theater, you may have noticed old mailboxes placed in the lobby, or even some letters hanging...

Behind the Music with Gunnar Manchester

For a play about an online advice columnist, Trinity Rep’s staging choice for Tiny Beautiful Things may seem a bit surprising at...

PROVIDENCE, RI: Trinity Repertory Company continues its 2021-22 Season with Tiny Beautiful Things, based on the book of the same name by Cheryl Strayed and...

For Angela Brazil, getting into the philosophy of Tiny Beautiful Things’ “Sugar” was about understanding radical empathy – both on and off...

What’s Next at Trinity Rep?

You might best know Trinity Rep for its annual production of A Christmas Carol, but each season the company produces...

The Tony Award-winning Trinity Repertory Company announces its casting for its 58th season, along with the sale of single-show tickets....

Run time: about 100 minutes with no intermission
Dowling Theater