Music and Lyrics by Stephen Sondheim
Book by Hugh Wheeler 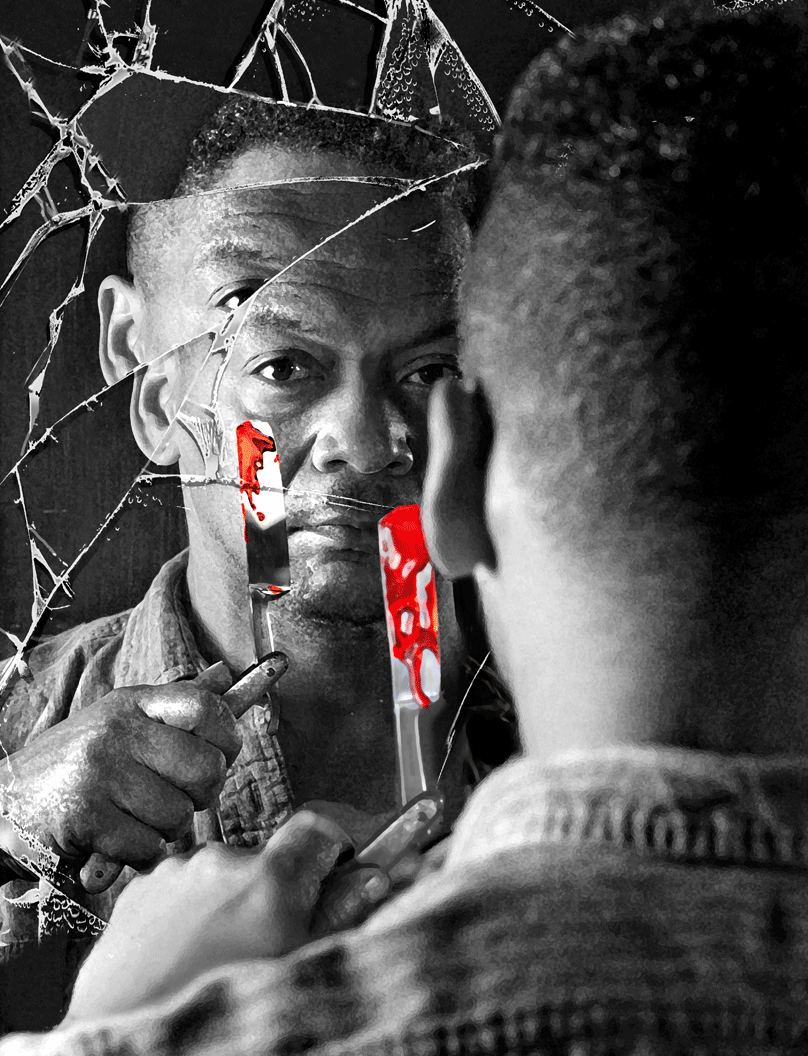 An indisputable masterpiece by one of America’s greatest Broadway composers and lyricists, this is a heart-pounding thriller that also delights and amazes. Filled with diabolical humor and extraordinary music, the eight-time Tony Award-winning musical tells the tale of an exiled barber’s quest to avenge the wrongs unfairly done to him and his family by a corrupt system of justice. Sweeney Todd is a beautiful, soaring, dark comedy filled with stunning terror that will leave you wanting more!

Tickets go on sale soon. Sign up here to join our newsletter.

On the docks in London we see two men, a young sailor and Sweeney Todd, return home to London. While Anthony, the young sailor, is beaming with joy to be home – Sweeney Todd is not. He immediately encounters a beggar woman who claims that she knows who Sweeney is. Sweeney ignores her, and after lamenting the pain he last encountered when he was in London, he leaves Anthony and heads for Fleet Street.

There he finds Mrs. Lovett in her pie shop, chopping suet to put into the flavorless pies. She explains that she hasn’t had a customer in weeks and that meat is incredibly difficult to come by. When Sweeney hears this news he asks Mrs. Lovett why she does not rent the room above her shop. Mrs. Lovett explains the heartbreaking tale of Benjamin Barker and Lucy, his wife as well the daughter they had together, Joanna. Judge Turpin had been taken with Lucy and sent Benjamin away to Australia based on false charges brought forward by the Judge. Lucy was then lured to the Judge’s home by his servant, Beadle Bamford, and Lucy was raped. When Sweeney Todd yells out, Mrs. Lovett realizes that he is in fact, Benjamin Barker. He demands to find out what happened to his wife and child and Mrs. Lovett explains that his wife had drunk arsenic, and his daughter is a ward of the same Judge who raped her mother.

At the same time across town, Anthony, the young sailor, sees the Judge’s ward and Sweeney Todd/Benjamin Barker’s daughter outside of the Judge’s house. He immediately falls in love with her. He is so enamored that he fails to see the Judge and Beadle approach, who chase him away and force Johanna inside.

The scene changes to a crowded London marketplace where the flamboyant Signor Aldolfo Pirelli is pitching his wares, a baldness banishing elixir.  Becoming annoyed with the spectacle, Sweeney starts to rile the crowd, attempting to show that the elixir is a fraud.  Sweeney challenges Adolfo to a shaving contest – which Sweeney wins. Sweeney is then approached by the Beadle, the man who lured his wife to the Judge. He is so impressed by the shave that Sweeney offers him one for free if he comes to his address.

Anthony meets Sweeney back at his apartment and professes his love for Johanna, unknowing that she is Sweeney’s daughter. Sweeney agrees to be a safe house for the lovers. Anthony leaves to ask Johanna to run away and elope with him. It is then that Aldolfo Pirelli appears with his assistant. He and Sweeney are alone when Aldolfo reveals that he was formerly Sweeney’s assistant and that he will expose him for his true identity.  He threatens to blackmail Sweeney, and Sweeney cuts Aldolfo’s throat, killing him.

Across town, the Judge explains to Beadle that he has decided to wed Johanna all while Anthony and Johanna plan their elopement. In order to gain more favor with his ward, the Judge heads to Sweeney Todd’s to get a shave, on the recommendation of Beadle. He finds himself in the barber’s chair and Sweeney is just about to kill him when Anthony bursts in, exclaiming that he and Johanna want to wed. Outraged, the Judge leaves before Sweeney gets his revenge and Sweeney throws Anthony out in a fit of fury.

With the body of Aldolfo hidden, Sweeney realizes that he has the chance to rid London of evil – through killing people.  Mrs. Lovett then suggests that they use the bodies of his victims for her meat pies and the two agree.

Several weeks pass and Mrs. Lovett’s pie shop is flourishing, with Aldolfo’s assistant, Toby, working as a waiter. Meanwhile, Johanna has gone missing, rumored to be in a madhouse and put there by the Judge. Sweeney dreams of being with his daughter again and continues on a murderous rampage, giving plenty of meat for Mrs. Lovett’s pies. He desperately wants to slit the throat of the Judge and will not be satisfied until he does so. Sweeney comes up with a plan to free Johanna, kill the Judge, and finish exacting revenge on all who have crossed him. It seems everything is going according to plan when Toby uncovers one of Sweeney’s victims, the Judge’s

Sweeney sends the Judge a note letting him know that Anthony plans to rescue Johanna and escape with her to elope, in hopes that it will bring the Judge to him. Meanwhile, Mrs. Lovett and Sweeney decide to kill Toby – but he has gone missing. They go looking for him while Anthony and a now-rescued Johanna appear at the shop. Anthony leaves, but Johanna hides when she hears someone enter, it is the beggar woman.

Sweeney returns, unable to find Toby. He sees the beggar woman and greets her before immediately slicing her throat and sending her body down to the basement.  Just after this, the Judge enters and the final confrontation begins.  Sweeney mocks the Judge, and the Judge finally realizes who Sweeney is. Sweeney slices his throat and sends him down to the basement. Johanna is terrified and reveals herself and Sweeney plans on killing her, unaware of what Johanna looks like, and unknowing that it is her. Suddenly, he hears a scream from Mrs. Lovett. He goes to the basement, while Johanna escapes, and sees Mrs. Lovett trying to put the beggar woman’s body into the oven they use for meat pies. He looks at the beggar woman and realizes, finally, that it is his wife, Lucy.

Panicked, Mrs. Lovett explains that she did not tell him the truth because she loves him. Sweeney kills her by pushing her into the flames of the oven. Sweeney, heart-broken- clutches his wife’s body in his hands as Toby enters and slits Sweeney’s throat.

Run Time: About 2 hours and 45 minutes with one intermission
Dowling Theater