Now that Macbeth is about to go into tech and the finishing touches are being made, let’s take a closer look at the gorgeous costume design by Andrew Jean. Andrew is no stranger to Shakespeare on the Trinity Rep stage. Taking his design to a new level, Macbeth is filled with gorgeous dresses, refined suits, and weird sisters.

With Curt Columbus at the helm, taking Macbeth into a contemporary nightclub, Andrew Jean is able to dust off the “classical” apparel and trade it in for sleek, fashion-forward costumes that jolt Shakespeare’s tragedy into today. 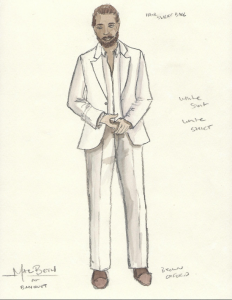 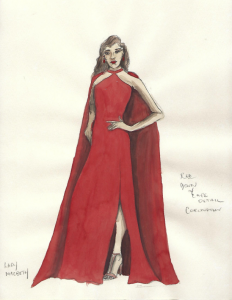 We find ourselves rooting for Macbeth, played by Mauro Hantman, as he does whatever it takes to gain the power of the throne. Macbeth is assisted by his wife Lady Macbeth, played by Julia Atwood ‘17, and the devilish pairing finds themselves entangled in lies, deceit, and murder. 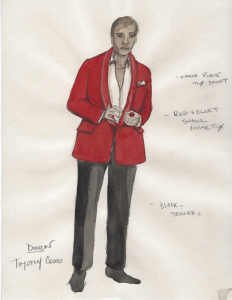 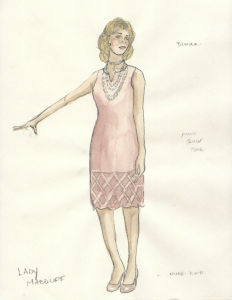 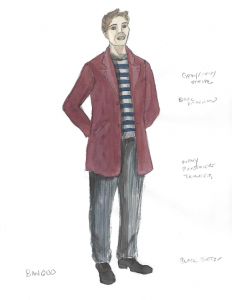 Macbeth’s rise to power would be nothing without his victims, who despite losing their lives are giving us life. King Duncan, played by Timothy Crowe, is dressed geared up in his Godfather suit, red velvet tux and all. Rachael Warren looks stunning as Lady Macduff as she clutches her pearls for dear life. The tragic loss of Macbeth’s dear friend Banquo with Stephen Thorne’s portrayal of the righteous companion. 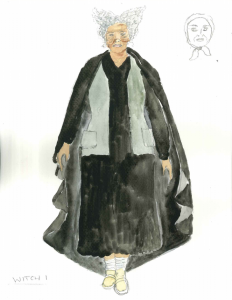 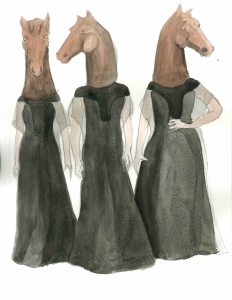 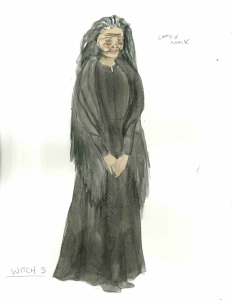 The infamous witches of Macbeth lead him down the path of destruction by revealing their prophecy to him. The three witches, played by Janice Duclos, Stephen Berensen, and Jeanine Kane, meddle in the affairs of the king-to-be and act as figureheads of Macbeth’s dark and sinister motives.