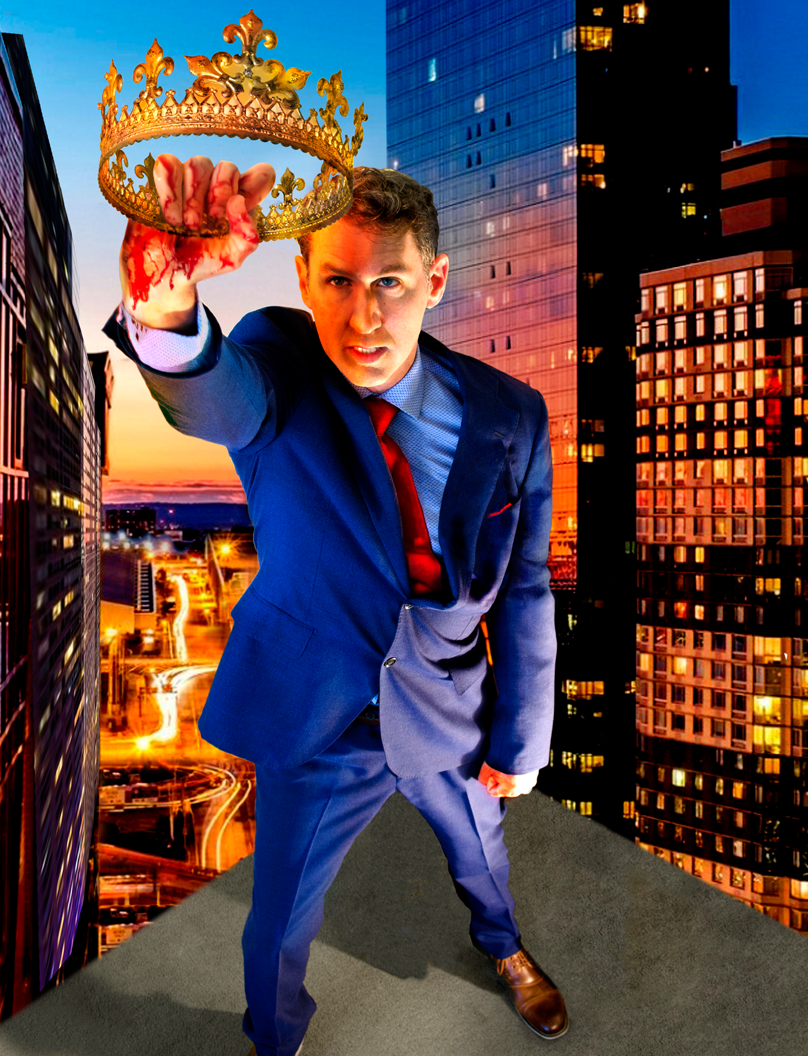 From the director of last spring’s Ragtime, this Shakespearean thriller bursts at breakneck speed with more suspense, murder, and madness than a blockbuster film. Tempted by the eerie visions of three mysterious witches and pushed by his ruthless wife, Macbeth is determined to grab what he wants — the throne of Scotland. Unchecked greed and ambition fuel his bloody rise to power, but his ego ultimately brings about his brutal end, while Lady Macbeth’s guilt and paranoia lead to one of theater’s most riveting descents into madness.

Macbeth, set primarily in Scotland, mixes witchcraft, prophecy, and murder. Three “Weïrd Sisters” appear to Macbeth and his comrade Banquo after a battle and prophecy that Macbeth will be king and that the descendants of Banquo will also reign. When Macbeth arrives at his castle, he and Lady Macbeth plot to assassinate King Duncan, soon to be their guest, so that Macbeth can become king.

After Macbeth murders Duncan, the king’s two sons flee, and Macbeth is crowned. Fearing that Banquo’s descendants will, according to the Weïrd Sisters’ predictions, take over the kingdom, Macbeth has Banquo killed. At a royal banquet that evening, Macbeth sees Banquo’s ghost appear covered in blood. Macbeth determines to consult the Weïrd Sisters again. They comfort him with ambiguous promises.

Macbeth confronts Malcolm’s army, trusting in the Weïrd Sisters’ comforting promises. He learns that the promises are tricks, but continues to fight. Macduff kills Macbeth and Malcolm becomes Scotland’s king.

To My Friends, From Curt: Macbeth

Curt Columbus (left) in Macbeth 3/8/19 Welcome to my thoughts on Trinity Rep's production of William Shakespeare’s Macbeth. While it...

2/15/19 by Tyler Dobrowsky In Trinity Rep’s production of Macbeth — one of Shakespeare’s most famous plays, written in the...

Rebecca Noon 2/8/19 By Rebecca Noon  In my role as the artistic associate for community, I pursue potential community partners, reaching...

1/24/19 By Maxwell Snyder Now that Macbeth is about to go into tech and the finishing touches are being made,...

Welcome to the Cursed Play

Tyra Wilson 1/18/19 Artistic Management Intern Tyra Wilson recently sat down to talk with Artistic Director Curt Columbus, who will be...

1/10/19  Maxwell Snyder, our Marketing Intern, sat in on design presentations from the first rehearsal of the upcoming production of...