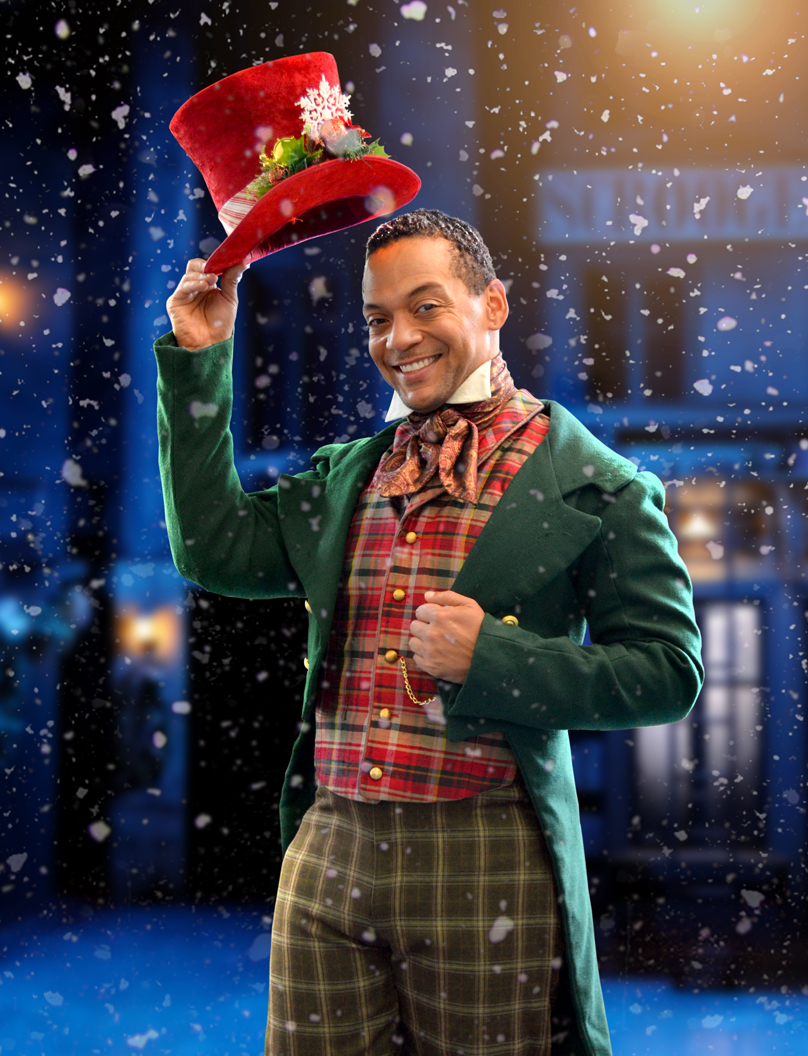 Celebrating 40 years at Trinity Rep, Rhode Island’s family holiday tradition brings Ebenezer Scrooge, Jacob Marley, Tiny Tim, and the ghosts of Christmas Past, Present, and Future to the stage in a glorious re-telling of the classic story that has delighted and inspired millions.

This year’s production featured 18 community groups from across Rhode Island performing in the show! Click here to see their performance schedule.

Buzz
"Trinity Rep has been staging its beloved holiday classic 'A Christmas Carol' for four decades, and this anniversary rendition might just be the best ever."
Channing Gray, Providence Journal
Trinity Rep announced...that the theater company has invited 18 community groups to appear on stage during the theater company’s 40th anniversary production of “A Christmas Carol.”
Providence Journal
"[Directors Angela Brazil and Stephen Thorne] infused elements that are alternately eerie and whimsical to make it one of the finest takes on the tale at Trinity in years."
Sue McDonald, The Sun Chronicle
"It will definitely cheer you up at this festive time of year and make you laugh and cry in all the right moments."
Tony Annicone, Theater Mirror
"A vibrant and refreshing production that brims with great energy and good cheer."
Veronica Bruscini, BroadwayWorld
"Trinity Company members Stephen Thorne and Angela Brazil co-directed, and they have delivered to the doorstep of theater-goers a 'Carol' that is fresh and funny, true to Dickens’ spirit and with enough surprises to satisfy the repeat – in many cases, make that annual – customer."
Rich Fahey, On Boston Stages
"Fantastic, magical, musical and not to be missed this year, 'A Christmas Carol' at Trinity just might get you into the Holiday "Spirit" before it's too late."
Will Demers, EDGE Media Network
Prev2017 NovNext
Prev2017 DecNext
Prev2018 JanNext
Prev2018 FebNext
Prev2018 MarNext
Prev2018 AprNext
Prev2018 MayNext
Prev2018 JunNext
Spoiler Alert!

It’s a cold, Christmas Eve night in Dickensian London.  Ebenezer Scrooge, the miserly businessman, continues to work away from the holiday merriment with his clerk, Bob Cratchit. Scrooge’s nephew, Fred, enters the office to invite him to Christmas dinner with his family. Scrooge turns him down without even a “Merry Christmas.”

Scrooge leaves his office for the London street scene. There are children singing carols and people begging Scrooge for money. As he walks home, he begins to hear the voice of his deceased business partner, Jacob Marley. Scrooge arrives home, scared and startled, and tries to convince himself that the voices were only his imagination. But soon the ghost of Marley appears to warn him that he will be visited by three spirits and that Scrooge must listen to them if he wants to escape his fate.

Even though Scrooge doesn’t believe what he sees or hears, later that night the Ghost of Christmas Past appears. The spirit shows Scrooge images from his childhood and young adulthood, including moments with his sister Fan, his first employer Mr. Fezziwig, and a painful memory with his fiancée, Belle, who left him because he cared for his money more than her.

Soon the Ghost of Christmas present arrives and shows Scrooge Bob Cratchit’s tiny home on this Christmas Day. Cratchit enters carrying his son, Tiny Tim, on his shoulders and singing. The spirit tells Scrooge that unless the future changes, Tiny Tim will die. The ghost also shows Scrooge his nephew Fred’s house, where the family is playing games and making fun of Scrooge.

The Ghost of Christmas Yet to Come finally appears. They don’t speak to Scrooge, only showing him several conversations where people discuss the death of a lonely old miser. The spirit brings Scrooge to a pawnshop where the dead man’s clothes and items are being sold. The last stop is Scrooge’s own tombstone, where he realizes that the lonely man’s whose death is being celebrated is his own.

Scrooge vows to change his ways. He honors Christmas Day when he wakes up in the morning, spreading through generosity and kindness. With a newly-warmed heart, Scrooge celebrates the spirit of Christmas with his loved ones. Never again does Scrooge ignore the joys of the holiday spirit.

Community Groups and A Christmas Carol

1/18/2018 Trinity Rep’s 40th-anniversary production of A Christmas Carol featured a special addition — as part of ongoing efforts to forge...

Last year marked the 40th anniversary of our production of A Christmas Carol. Each year we put on this time-honored...

To my friends, from Curt: Holiday Spirit

Every week on the Trinity Rep blog we have a quick note, thought, idea, or message from our Arthur P....

A Sneak Peek at A Christmas Carol Costumes!

Trinity Rep's 40th production of A Christmas Carol has started rehearsals, and we all couldn't be more excited! In the...

Joe Wilson, Jr. as Ebenezer Scrooge for this year's production of A Christmas Carol Traditions are a wonderful part of...

We’ve shot a new commercial for A Christmas Carol with Cardi’s Furniture this year, starring Nick, Ron, and Pete Cardi as the...

See the complete list of community organizations performing in the show alongside our cast.