By Brian McEleney
based on the novel by Charles Dickens 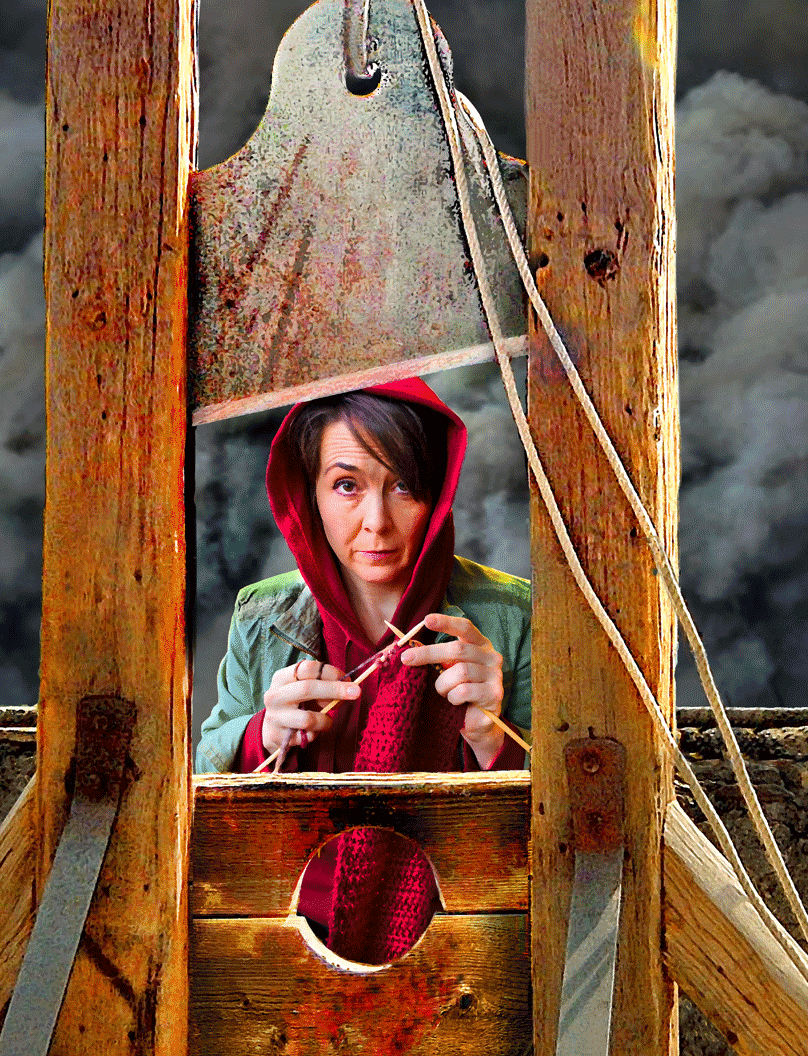 ALL PERFORMANCES OF A TALE OF TWO CITIES HAVE BEEN CANCELLED PER THE MAYOR OF PROVIDENCE’S ORDERS. READ MORE.

Against a tumultuous backdrop of social and political upheaval emerges a passionate story of romance, sacrifice, and vengeance. This fresh new adaptation fuses the late 18th century with the contemporary, bringing the epic and universal face-to-face with the intensely intimate and personal. “The best of times and the worst of times” are brought to vivid life on stage in this remarkable approach to the time-honored classic.

The perfect show for fans of great literature, history, and epic stories.

Buzz
"(Playwright) Brian McEleney...has pulled off the next to impossible, cutting through Charles Dickens’ 'A Tale of Two Cities,' and finding the pulsing heart of this epic masterwork."
The Providence Journal
"A first-rate cast, along with inspired direction and an infusion of music, results in a compelling theatrical experience."
The Warwick Post
"This is a story that transcends its era and is beautifully presented in this adaptation on Trinity’s stage."
WPRO
"...a stunning artistic achievement."
The Ocean State Current
"...adds some stunning — and sometimes hilarious — contemporary touches that bring the story soaring into the 21st century."
The Westerly Sun
"...nothing short of breathtaking"
EDGE Media Network
"...an extraordinary production..."
El Concocedor
"This electrifying show keeps your interest from start to finish, making it the must see show of this winter season."
Theater Mirror
“It’s remarkably fleet and energetic,” (director Tyler Dobrowsky) says, adding that, “What (playwright) Brian (McEleney) has done is essentialize the story down to its bones while keeping Dickens’ language, which is incredibly beautiful. He captures what it would have been like to read the story back in that time, but he’s put it into language we can understand.”
The Providence Journal
Prev2020 FebNext
Prev2020 MarNext
Prev2020 AprNext
Prev2020 MayNext
Prev2020 JunNext
Prev2020 JulNext
Prev2020 AugNext
Prev2020 SepNext
Spoiler Alert!

A Tale of Two Cities is a big story set in a sweeping world, where people try their best in a political and economic system that does not make it easy to be a good person.

In 1775, Lucie Manette is reunited with her father, the haunted Dr. Manette, newly released from the infamous Bastille fortress. The pair flee France in crisis and share a boat with the wry, but kind, Charles Darnay on their way to England. Five years later, when Darnay stands accused of treason, Lucie and the Doctor attest to his good character. After some skillful legal maneuvering, Sydney Carton – a prison official and a known drunk – wins Darnay an acquittal, saving him from the death penalty.

Despite Carton’s intercession on Darnay’s behalf, and despite the strange physical similarity between the two men, Darnay and Carton soon realize that they do not care for each other at all. They do, however, care deeply for Lucie Manette. This leads Darnay to propose, and to reveal his family secret: although he has disowned his inheritance, he is a member of the elite Marquis family. Lucie accepts his proposal, and they soon have a daughter, Little Lucie. However, Lucie is still committed to helping Carton cast off his bad habits, like over-drinking, and embrace his best self.

Meanwhile, in France, the lord Marquis runs into trouble of his own. After accidentally running over a child in his carriage, killing him instantly, the Marquis responds to the shock and horror of the locals with disinterest. The next day, the Marquis is found with a knife in his heart and a note, written by the child’s father, Gaspard, taking responsibility for the lord’s murder. At the advice of Monsieur Defarge and his wife, Madame Defarge, prominent leaders in the French Revolution, Gaspard resists arrest, and the revolution begins in earnest.

Darnay returns to France, where his true identity is discovered and he is arrested for his status as an aristocrat. At the trial, Monsieur and Madame Defarge use a note that Dr. Manette wrote in prison, condemning the Marquis and his descendants as evidence against Darnay. Dr. Manette’s pleas on behalf of Lucie’s husband are ignored, and Darnay is sentenced to death. This devastates Lucie, but with her daughter in mind, she is determined to save her family.

Carton, Lucy’s former suitor, is determined to help her. With the help of Barsad, one of his friends, Carton sneaks into the jail where Darnay is held. The two switch clothes, and Carton drugs Darnay. Carton remains behind in Darnay’s clothing, and a surprised Barsad carries the unconscious Darnay out of the prison and back to his family. A shocked and grateful Lucie, Darnay, and daughter return to England as quickly as possible. Darnay’s escape heightens tensions within the revolutionary camp, and Madame Defarge is killed. In response, Monsieur Defarge stops the search for Darnay and his family to mourn his loss.

In the prison, a seamstress jailed alongside Darnay sees through Carton’s deception and blesses him for his sacrifice. Carton walks to the guillotine and reflects on the love that Lucie introduced to his life.

Daniel Perkins on “A Tale of Two Cities”

Getting to Know Director Tyler Dobrowsky

Tom Parrish 2/19/2020 By Tom Parrish THEATER AT ITS ROOT IS a literary art form. Each production you see at...

To My Friends, from Curt

Curt Columbus 2/19/2020 By Curt Columbus WELCOME TO TRINITY REP’S production of A Tale of Two Cities, in a brilliant,...

Director Tyler Dobrowsky on “A Tale of Two Cities”

A “Tale” Worth Telling