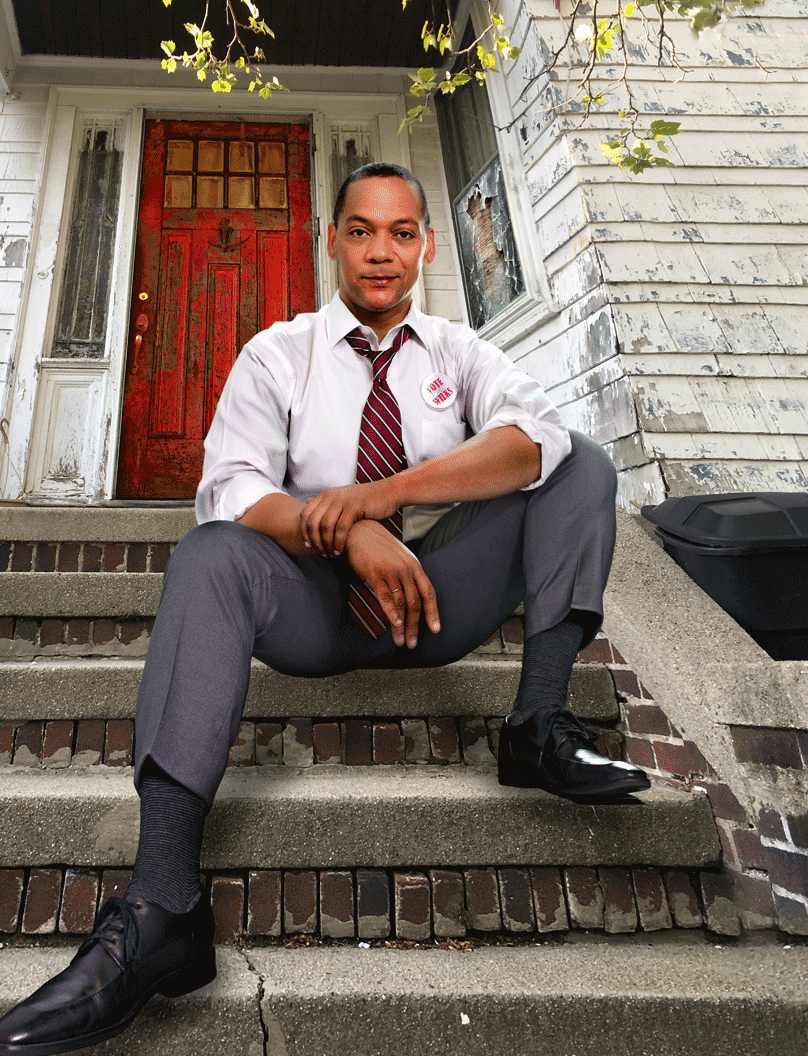 Real estate developer and entrepreneur Harmond Wilks is determined to become the first Black mayor of Pittsburgh and is on a mission to revive his blighted childhood neighborhood. As Wilks confronts the past, he is forced to question how pursuing change could put his neighborhood’s history at risk. Both moving and funny, Radio Golf is the culmination of August Wilson’s ten-play American Century Cycle chronicling each decade of African-American life in the twentieth century.

A great show for fans of Trinity Rep’s productions of black odyssey and The Mountaintop, or any of August Wilson’s plays, including Fences, Ma Rainey’s Black Bottom, and The Piano Lesson.

Buzz
"...leaving audiences laughing and at the same time shuddering at (playwright August) Wilson’s stinging assessment of how America has lost its way. It’s an epic production, with director Jude Sandy making sure its edges remained razor-sharp and its teachable moments were hard to deny."
The Providence Journal
"...the first absolute must see of 2020."
Edge Media Network
"both wildly entertaining and yet manages to grapple with the most serious conflicts of our time."
Broadway World
"...as good a piece of theater as you’re going to see just about anywhere."
Motif Magazine
"There is so much to savor, so much to see, so much to talk about."
The Westerly Sun
"...incredible theatrical experience."
Johnston Sunrise
"...gripping, powerful, exhilarating, raw, visceral, laugh out loud funny, wise, and occasionally breathtaking."
RI Central
"...thought-provoking, uncomfortable in an important way and excellent work from every actor on stage."
WPRO
"...deeply layered... emotionally stunning"

Harmond Wilks is going to change things in this town.

With his wife, Mame at his side, Harmond is hoping to be the first Black mayor in Pittsburg. With his day-job being as a real-estate salesman, Harmond is working on a large redevelopment project in the Hill District. Harmond’s best friend, Roosevelt Hicks, hates his job as a high-up Vice President at a bank, but has invested a lot of time and money into this redevelopment project – and they all agree that this could be an amazing future for the neighborhood – and for the three of them.

Then, there’s a hiccup. Joseph “Old Joe” Sterling is found painting an abandoned house at 1839 Wylie, a house he claims is his own – which is in the middle of the new development. The house is a decaying an eye-sore, but Old Joe maintains that it’s his house. Thinking that he’s crazy, Harmond and Roosevelt dismiss him at first. But Old Joe keeps returning, each time with a new problem, each time saying that he owns this property.

Roosevelt is invited to go in on a deal to buy a radio station and is convinced that he’s now set for life because of the financial prosperity it will bring him. Harmond tries to explain to him that the only reason he’s being offered the deal to buy the radio station is that he’s black. Roosevelt ignores this and continues on with his plan to purchase the station. Harmond’s wife, Mame, is also in line for a new job – working high up for the Governor of Pennsylvania. Success seems to be abundant for everyone involved, with the only problem being Old Joe’s persistence about the house.

Based on his persistence, Harmond decides to look into the history behind the house. Harmond produces sale papers for the house to Old Joe and explains to him multiple times that he bought the house because it was abandoned.  Upon doing some research, Harmond finds that he did, in fact, buy the house illegally – a move that could cost him the entirety of his campaign. When he presents this information to Old Joe, it becomes apparent that they have a lot in common, not just the house. Harmond explains that he will not allow for Old Joe’s property to be demolished.

Mame and Roosevelt confront Harmond soon after he submits a redesign to the commercial and residential investors for the redevelopment project. He explains that Old Joe’s house must be left in since he doesn’t want to sell. Furious with him, Mame and Roosevelt try to explain that if this project goes south, they may lose all the investment money that they have secured. Harmond refuses to budge and explains that the house cannot be demolished.  Mame is furious and explains that if Harmond had stuck to their plan– he would be mayor. She loses her job opportunity with the governor and tells Harmond that he is on his own.  At the same time, Roosevelt goes behind Harmond’s back and has his investor, the one who helped him buy the radio station, purchase Harmond’s real-estate firm. Roosevelt throws Harmond out of his own office and Harmond goes to join with the protestors trying to stop the demolition.

Catching Up with Ricardo Pitts-Wiley

When we last interviewed Ricardo for August Wilson’s Radio Golf in 2020, he told us it was a personal mission...

Ricardo Pitts-Wiley pursues his dream of working on every play in August Wilson’s American Century Cycle 1/14/2020 By Caitlin Howle...

The View from The Hill

1/13/2020 by Tom Parrish Dear friends, Tom Parrish YOUR 2020 AT TRINITY REP begins with the culmination of August Wilson’s...

To My Friends, from Curt: August Wilson’s “Radio Golf”

11/25/19 Through his writing, August Wilson celebrated African-American identity. Inspired by his example and his plays, Trinity Rep will host...

Next at Trinity Rep: The 20th Century through the Eyes of August Wilson

By Caitlin Howle 11/25/19 August Wilson was an American playwright best known for his series of ten plays known as...

This production is supported in part by the National Endowment for the Arts.